Determined to Build a Better Future


Living in Rio de Janeiro’s poorest neighborhoods—known in Brazil as favelas—Edna, Hanna and Alexandre face many challenges in their everyday lives. Determined to build a better future for themselves, they decided to learn skills that would improve their job prospects in the technology field.

Edna, Hanna and Alexandre are graduates of our Olympic City Technical Program, a specially designed Cisco Networking Academy course. More than 300 young people have graduated from the program so far, and more than 100 of them have already been hired to work on the technical team during the Olympic Games, including Alexandre and Edna. 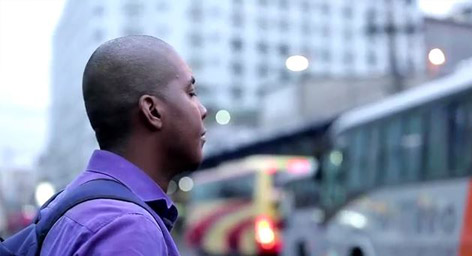 Despite a long commute and challenges at home, Alexandre Pinheiro completed the Networking Academy course and has already been hired to support the technical team during the Games.

Edna Félix juggled the workload of the Networking Academy course with her responsibilities at home and her other college courses. And her hard work paid off, as Edna was recently hired to work as part of the technical team at the NBA House during the Olympics.

Even while working a full-time job, Hanna Patricia dedicated countless hours and energy towards completing the Networking Academy course.

By training a new generation of technology professionals, we’re seeking a transformation that will have a lasting impact. Our employees have supported these efforts by volunteering their skills and time. Over TelePresence and WebEx, Cisco employees have mentored and tutored students at Knowledge Centers throughout Rio de Janeiro. Employees can join the effort through our Rio 2016 Participation Program.