Even the best machines occasionally have faulty parts.

Take Cisco’s sales channel: With its 57,000 partners around the world, this well-oiled mega-machine generates about 85 percent of our bookings. It’s little wonder that it enjoys near-legendary status in the industry.

Yet, despite all efforts to screen them out, a few bad actors sometimes find their way into the system. When that happens, it takes a special kind of expert to flush them out. 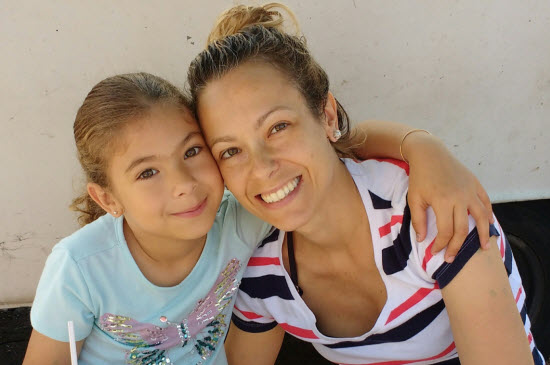 Maria enjoying some family time with her daughter.

In Latin America, that expert is Maria Tereza Machado, our regional compliance and brand protection manager.

During her 15 years with Cisco, Maria has seen lots of action. She’s played a key role in raids and seizures, in investigating and dismantling illegal schemes, and in helping Cisco recover financial losses through fines and penalties.

“Every day is an exciting challenge since I work in different fronts at the same time,” says Maria, a mother of two who speaks four languages and has a law degree and two MBAs.

“They range from a simple request for advice on a serial number to see if a product is counterfeit, to questions about a $1 million bid offered by non-Cisco partners.”

Shutting down diversion schemes to protect Cisco’s brand involves more than clamping down on counterfeit and nonauthorized products.

It also means policing our sales channel to make sure our partners are following the rules. In insider speak, channel governance.

In 2019, one such case found its way onto Maria’s radar. It involved a slew of about 70 transactions that booked over the preceding three years through Cisco partners.

Maria and her U.S.-based counterpart, Investigator within Brand Protection Americas, Sean O’Brien, had helped identify them as suspicious. The transactions turned out to be fraudulent and the partners questionable.

Some of the partners claimed to be based in the Caribbean, in places such as Trinidad and Tobago, Netherland Antilles, and Guyana. However, the addresses they used to register as Cisco authorized channels were forged.

“We spoke with some of the alleged customers, and they confirmed they had never purchased from Cisco,” says Maria, who is based in Buenos Aires. “They had zero relationships with Cisco or the partner who reported the deal.”

Sean also found out many of the alleged partners were, in fact, shell companies or front groups for online gray market vendors with U.S. ties in places like New York, New Jersey, and mainly Miami, Florida.

The diverted gear in question primarily comprised home routers and other low-end Cisco small business products. It was subsequently sold on the open market at discounted prices. Maria says the end customers who bought the products likely had no idea they were purchasing something that originated from a fraud scheme.

“They would only run into problems if they tried contacting Cisco for support,” she shares.

Clamping Down on the Gray Market

Like Cisco’s Iris Liu, Maria is on the front lines of our efforts to protect our brand by dealing with bad actors and fraud schemes.

“We want a fair playing field for all our partners,” Maria explains.

Internally, Cisco has terminated contracts of more than 20 partners involved in the scheme mentioned above and is auditing more partners.

The Brand Protection team is working closely with regional distributors to cancel suspicious orders and root out similar behavior.

If you suspect illegal or unauthorized activity that affects Cisco’s brand, you can send a tip (anonymously if you wish) to brandprotection@cisco.com