I grew up on the South Side of Chicago. Although my father was a young Professor of Economics at the University of Chicago, we were pretty poor. 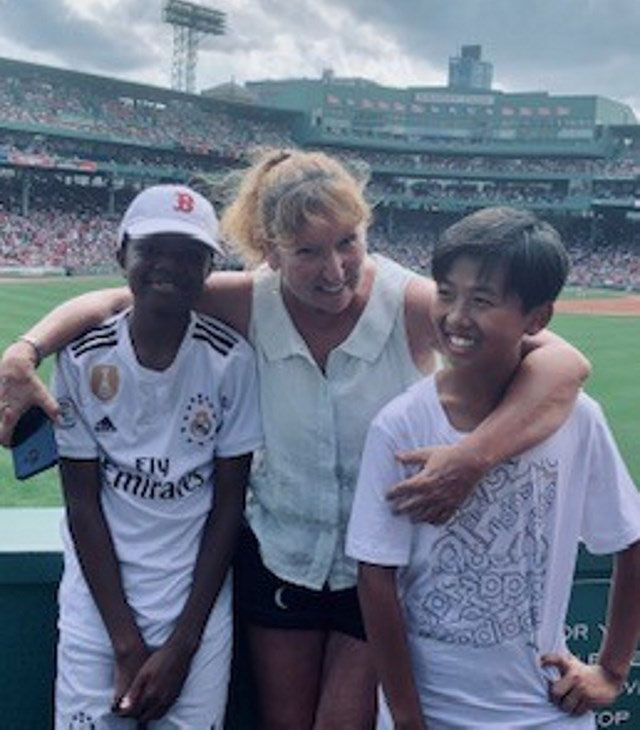 A trip to Boston’s Fenway Park.

Our community was very diverse. I saw that some were better off than others. Gangs were everywhere — it was not the safest area.

It’s hard for families and kids to get out of these neighborhoods. Without help, they might not ever get out. I swore to find a way to help give back.

In 2019, I was going through some changes. I was separating from my husband and moving on to a new chapter in my life.

I saw a note on the community app Nextdoor asking if anyone was interested in sponsoring a kid from The Fresh Air Fund.

Founded in 1877, The Fresh Air Fund provides life-changing summer experiences in the country to New York City children between the ages of 7 to 12 from low-income communities. In fact, my uncle had been a Fresh Air kid.

I needed some distraction and had a spare room, so this was the perfect opportunity to give back.

The application was quite detailed, but I was approved after an initial interview, background checks, and a home inspection. I would soon have two kids come to stay with me at my home for a week.

I let my manager know I would be using my Time2Give for the week to completely focus on their stay, and I started to prepare for what they might need.

My Fresh Air kids were Emmerson, a 12-year-old boy originally from Sierra Leone, who lived in Staten Island in New York City — and Tyler, aged 10, from Brooklyn.

Both were good kids, who were doing well in school, but came from poor households with little opportunity to spend time in the country.

During their visit, we saw animals they hadn’t seen before. They kayaked, we walked in the woods, swam in local ponds, and thoroughly enjoyed the outdoors. When it was time for them to leave and go back to the city, we were all sad. We’d had the best time, and I felt I had really got to know them. 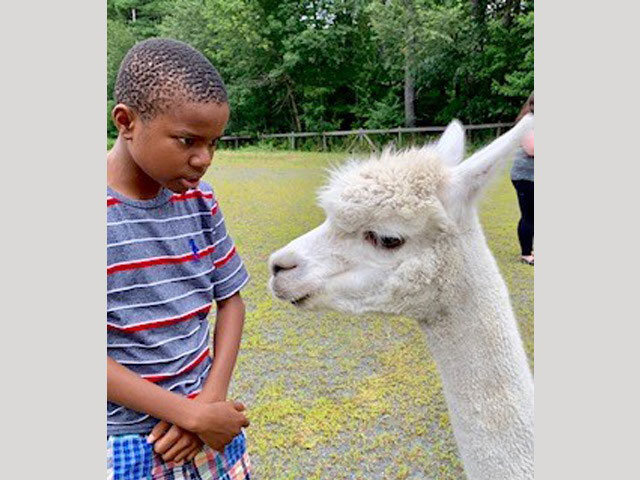 Emmerson meeting a llama at a local farm. 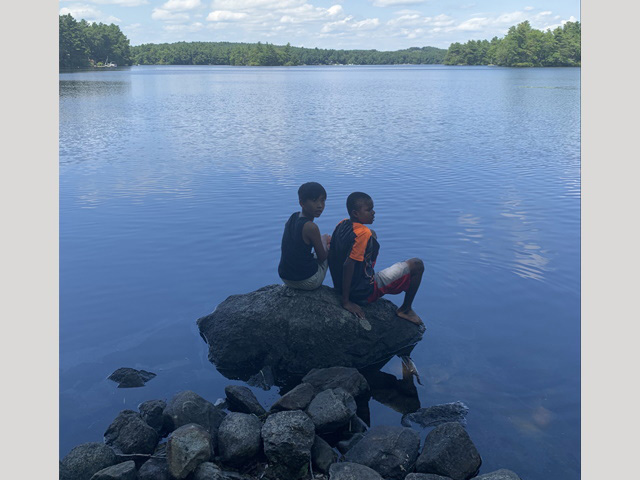 Sitting on a rock during a dog walk at a nearby reservoir.

Emmerson (front) and Tyler (back) kayaking for the first time on the local pond. 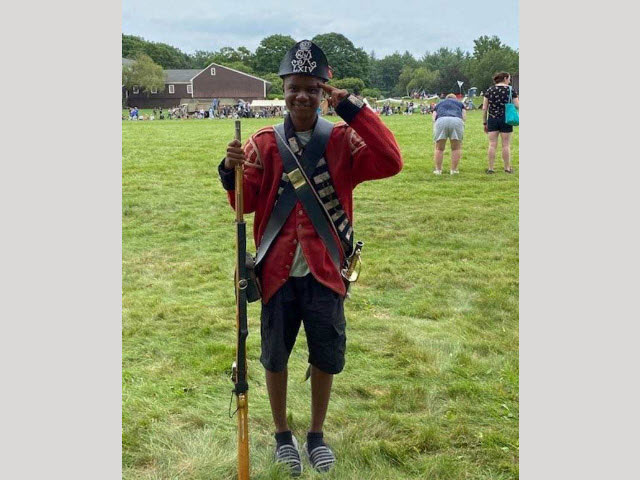 Emmerson at the American Heritage Museum in Stow, Massachusetts. They let him wear their gear on a really hot day!

The Fresh Air Fund was canceled in 2020 and 2021 due to COVID-19. Emmerson and I stayed in touch, so I invited him to come to visit again anyway. This time he stayed for five weeks while his mom returned to Sierra Leone.

We worked on his math and reading skills during his visit, but it wasn’t all schoolwork. He learned to play pickleball, and we traveled up the coast to Maine and down to Cape Cod, where he experienced a plethora of foods he’d never been exposed to before.

We also talked about his future, the benefits of hard work, my past, and his interests. While he’s now a shy 14-year-old, Emmerson really came out of his shell. He enchants everyone he meets.

He’s met all my friends, including a few who worked at Apple, Verizon, and Google. He’s pretty technical and asked them all sorts of questions. They all encouraged him to do well at school so he could pursue a STEM career.

He explained his mother keeps him home a lot to avoid the local gangs and troubled kids in his neighborhood. I went there to drive him home, and then I understood why she did.

Dinner with Emmerson on our last night before driving him home.

During the drive, we had the talk about what to do as a Black man if he encountered the police. I was tutored for this talk by a good friend who gives it to his baseball teams.

Emmerson understood. He and his mom had also had the same talk. I offered a few preventative actions that could save his life, even if he was doing nothing wrong, as so often happens.

I feel strongly about social justice, and after seeing Bryan Stevenson at one of our Cisco Check-Ins, I immediately read his book “Just Mercy” and was inspired by his Equal Justice Initiative (EJI).

I wrote to Bryan asking what more I could do in the Boston area. His office was kind enough to send a list of volunteer opportunities to consider once I retire.

Working with The Fresh Air Fund kids will change your life. I’ve had two great summers now, and I hope more Cisconians consider doing it, or use Time2Give in other ways that match their interests.