Deploying the Internet of Everything in Cisco IT 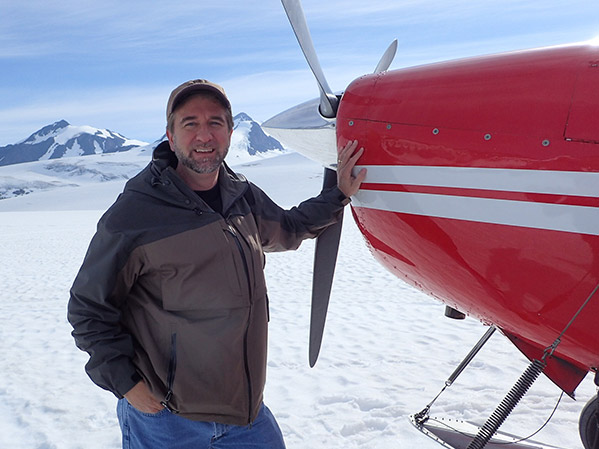 Chris sightseeing Mt. McKinley via ski-plane out of Anchorage, Alaska.

When the Wright brothers' flyer lifted off the sands of Kitty Hawk into controlled flight in 1903, the event changed the world.

That achievement has always inspired Chris Cottrell, Distinguished IT Engineer.

"A couple of bicycle mechanics built a shape-shifting machine that constantly adapted to its environment instead of plowing through it," he says.

It was a lesson not lost on Chris that understanding the problem beats throwing technology at it, and that great ideas can come from anywhere.

"These guys were not the distinguished scientists or engineers of their time," says Chris. "They didn't have the financial backing that enabled their competitors, and there was no accidental discovery. The Wrights saw a problem and solved it with common sense, perseverance, and keen insight into the objective. I try to apply that same mindset to my work at Cisco."

But that comes as no surprise. Chris has always been ahead of his time, and fascinated by the leading edge of what technology behind a great idea can accomplish.

He has always been a risk taker and tinkerer—including a love of old cars. "There is an elegance to devices that perform complex tasks with a choreography of springs and valves and rods and levers and gears," he says. "The function is embedded in the form, and design reflects just as much art as science." 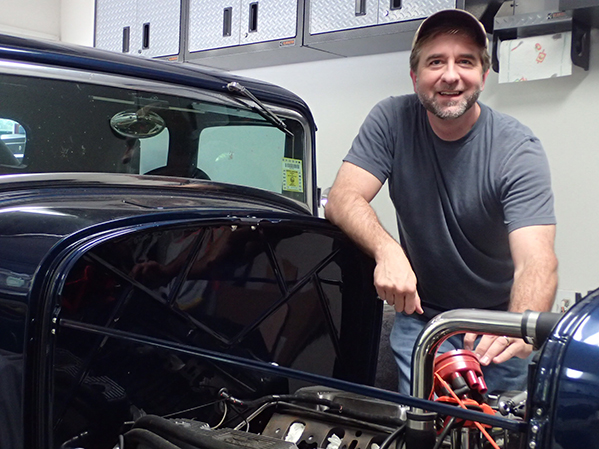 Chris unplugs from the digital world on the weekends with his 1932 Ford.

A Career of Innovation

His first software job was developing user interfaces for the first geographic information system that launched the online mapping industry. It's what we typically see today through GPS navigation.

"With the digital mapping work, as with anything big and new, there were also unexpected big and new problems," says Chris. "You want to grab those problems and run with them, because those are the times that a small role can deliver huge positive impact."

Chris turned his fascination with flight to several years in the aerospace contracting doing system integration and software development for the Strategic Defense initiative and at NASA. "My time at GE Aerospace and McDonnell Douglas Space Systems was an incredible experience to be surrounded by brilliant people designing real systems with technology right out of science fiction," he says. "It was also a great lesson in connecting with customer needs."

As the Cold War ended, Chris moved into contracting for the expanding biosciences. "Understanding the human genome was a priority for the National Institutes of Health, and there really wasn't anything out there to automate the diagnostic instruments. I hate to admit I rewrote that software four times—the first three times to squeeze enough performance out of the hardware, and the fourth to make all the crazy performance tricks maintainable by someone other than me. I learned the hard way that a system is fast enough when the computer waits on the user, never the other way around."

Over time, a family move to North Carolina brought Chris to Nortel Networks and then to Cisco in 1999. "The real challenge at Nortel was integrating a common back end to integrate diverse technologies across Web, interactive voice, and client-server applications," he says. "But it was good preparation for the IT platform challenges at Cisco."

“IoE means that everything in our IT world at any given moment must be ready to operate and create value in an environment of constant change.”
- Chris Cottrell

Today, Chris leads two must-do capabilities for IT. The first is the transformation of our IT applications into the Cloud native services of an InterCloud ecosystem. The second is developing the IT policy architecture that governs the Internet of Everything.

"As the scale and complexity of the Internet of Everything approaches that of the natural world—billions of interactions in a constant state of change—it forces us to confront the reality that systems based on fixed configurations won't do the job. I've always wondered how many generations of technology it would take to mimic the distribution, scale, efficiency, resiliency, and adaptation that surround us in the natural world." 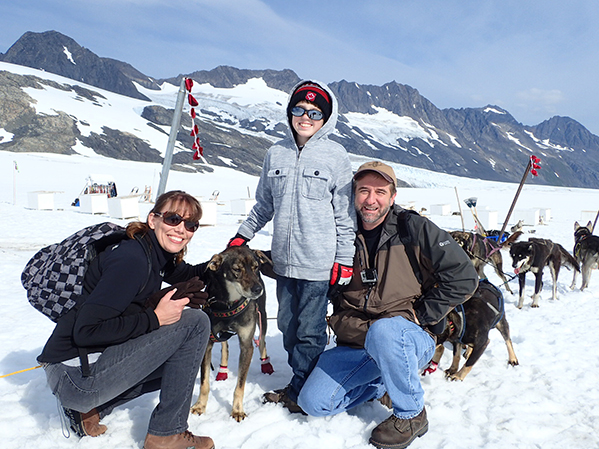 Chris, with his wife Louise and son Michael, go for a ride with an Iditarod team during their Alaskan vacation.

As everything goes digital, Chris insists it's more important than ever for IT to be forward-thinking. "We'll level the playing field such that people, process, data, and things will seek each other out where there is value and connect themselves using the policies that govern their behavior. Our Application Centric Infrastructure will play a big role in telling the network what to connect—and not to connect. Security is foundational, because operating an insecure business is just wishful thinking."

Chris sees a re-imagined, simplified IT for Cisco. "We've become used to the idea that the IT world is composed of people using stuff, and everything else is a special case," he continues. "IoE changes that. In the IoE world, everything uses everything. You'll begin to see the word ‘Smart' commonly associated with IoE. That's the symptom of intelligence and autonomy being built into things that aren't people. That's the Internet of Everything opportunity—and challenge.

"Fortunately, in Cisco IT, we're surrounded with intuitive people with big ideas. For us, IoE means that everything in our IT world must adapt to constant change. Much like that Wright flyer."