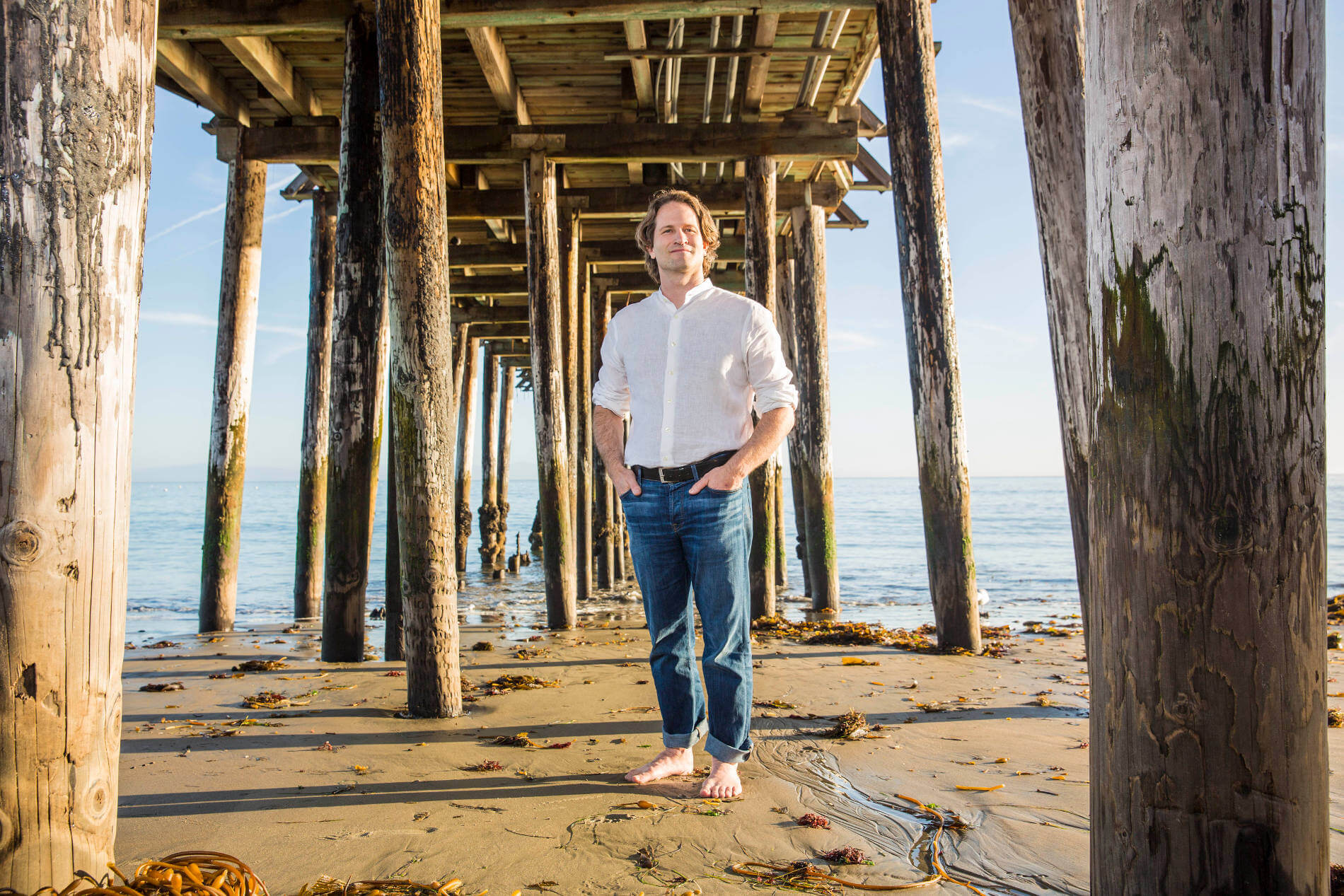 When he was a young boy, Cullen Jennings watched his mother and father build a 54-foot sailing vessel called Longfin. Cullen and his family then spent long summers sailing the brisk waters of British Columbia, line catching albacore tuna for commercial sale.

“Actually, it was awful,” remembers Cullen, now a PhD and one of only a dozen engineers to have earned the rare and esteemed title of Cisco Fellow. “Imagine being a teenager out at sea without a phone, trying to make plans with friends or to order a part for something broken? It was painful.”

Cullen didn’t live somewhere with a telephone until he went to college. The lack of access to modes of communication most of us take for granted, quite naturally, gave Cullen a keen sense of the value of interaction. So it’s not surprising that Cullen dedicated his professional life to improving communication and collaboration.

He started with a PhD from the University of British Columbia in computer vision. Since then, he’s tackled every professional project with skill and panache that is difficult to fathom. He holds more than 50 patents. From the early days of Voice over Internet Protocol (VoIP) to the Internet of Things, Cullen has helped steer Cisco’s direction. Along the way, he has been a significant contributor on the most important standards bodies in the communications and collaboration space such as the Internet Engineering Task Force (IETF).

“He’s a great consensus-builder, and that kind of leadership is crucial to quality engineering.”
- Jon Peterson, Fellow, Neustar

“Cullen is smart and passionate,” says his manager Jonathan Rosenberg, a vice president within Cisco’s Collaboration Technology Group. “He is one of the pioneers of VoIP technology. He started by leading one of the first open source VoIP stacks at Vovida, which Cisco acquired 1999, and drove the development of the VoIP standard at Cisco.”

Not one to rest on his laurels, Cullen then turned his attention to another challenge of the day. It’s what Cullen describes as “the underwhelming teleconferencing market of the time. We looked at the space and asked, ‘What if we could dramatically improve the quality of the experience. How would that change things?’”

The quest to find an answer led to Cisco TelePresence. But that still wasn’t enough for Cullen. He is currently helping to transform teleconferencing once again. This time, he’s setting his sights downward by spearheading WebRTC, an inexpensive and potentially game-changing open standard that promises to bring quality teleconferencing applications to anyone with a browser.

“Cullen is a broad thinker with boundless curiosity,” says Jon Peterson, a Fellow at Neustar, and a founding director along with Cullen of the Real-Time Applications and Infrastructure Area of the IETF. “He's constantly developing new expertise, exploring new areas of work and finding new connections and commonalities. His enthusiasm for technology is limitless.”

That enthusiasm keeps Cullen busy with his other work: on the next generation of Cisco’s mobile applications; on new methods of cloud deployments; on voice and video security; on peer-to-peer services; and, of course, on the unlimited universe known as the Internet of Things.

It’s mind boggling to consider all the different areas in which Cullen makes a true impact at Cisco. And while all of these projects are vital to the company’s success, that’s not what motivates Cullen. “What thrills me is seeing these technologies make a worldwide impact,” he explains. “Consider that in Africa today, there are one billion mobile phones in use. Most cost less than $25. Now there’s a move to offer smart phones at the same price. Imagine how lives will change when smartphones are pervasive there? It will transform lives in Africa more than it ever did in America.”

“ I’m not interested in working on something that will be obsolete in a few months. I would rather take three to five years to find a solution that will last a lifetime.”
- Cullen Jennings

While Cullen always aims to make a global impact, he also has a strong sense of pragmatism. “Some engineers can't help but constantly come up with crazy, half-baked ideas,” says Peterson. “Great engineers filter out the wacky stuff and focus only on the practical things. But it takes someone like Cullen to realize that one of those wacky ideas might just change everything.”

And what is the secret of his success? Watching his parents spend years building Longfin may have helped Cullen shape his philosophy of work. “I’m not interested in working on something that will be obsolete in a few months,” he explains. “I would rather take three to five years to find a solution that will last a lifetime.”

It’s fortunate, then, that Cullen has the position he does. As a Cisco Fellow, he largely gets to set his own agenda and pick his own projects. “I get paid to do the work I would do even if nobody cared to pay me. I tell [Cisco CEO John] Chambers that I have a much better job than he does.”

Being a Fellow also provides Cullen a rare freedom to speak his mind.

“People may not agree with me or act on what I say, but I’m lucky in that most of the time they will hear me out,” says Cullen.

And while he has a reputation as being outspoken, Cullen is also a master collaborator and people person, according to Peterson. “He's a great consensus-builder, and that kind of leadership is crucial to quality engineering.”

So, as an architect of the future, what does Cullen foresee for tomorrow’s technology?

“It’s inevitable that we will see Internet of Things connecting us to all sorts of devices, sensors and actuators,” he says. “That will give us incredible control. But if we do it totally wrong, we will be stuck with proprietary systems with huge security and communications problems. If we get it right, we will have built a platform where people can connect to things never before imagined and will see companies interacting and working together.”

Cullen knows that building a successful future requires educated and enlightened professionals. To that end, he spends a good portion of his time nurturing the next generation of Cisco engineers.

“I try to be an advocate more than a mentor. I want to help people find the path to make happen what they think should happen,” says Cullen.

Cullen is married with two children. And when he’s not with family or working on tomorrow’s breakthroughs, you’ll find him snowboarding near his winter home of Calgary, Canada or kiteboarding in the ocean off of Santa Cruz, California, his summer home. These are sports with a certain amount of risk and few boundaries, sort of like building the architecture of tomorrow.

“I like it that way,” Cullen says. “I wouldn’t want it any other way.”