Cultivating a Passion for Winning

Frank Palumbo is a man of many passions. Whether he's discussing his family, sales team, customers or beloved New York sports teams, it doesn't take long to realize this fast-talking, quick-witted New Jersey native is always "all in."

"For me, to be really good at anything, I have to be completely immersed in it," he says. "That means harnessing my passion to study it, to drive it and to really bring it, full throttle, every day."

That passion has fueled Frank's success at Cisco. After joining the company in 1992 from Wang Laboratories, he's held a number of roles. This includes directing our New York office in the early 2000s to leading our Unified Computing System (UCS) business in 2009.

Today, as senior vice president of sales for our DC and EN businesses, he leads teams that accounted for $26 billion in sales last fiscal year–accounting for over half of the company’s overall business.

So what drives his success?

"Winning! It's what keeps me engaged and keeps my energy level up," he says. "I want our sales team to be super competitive—to carry that swagger—but to do it all the right way, with ethics and integrity."

With Frank, that swagger is balanced with a certain humbleness—and laser-sharp customer focus.

"In the nearly two decades I've known Frank, he has always advocated the ‘do the right thing' attitude—for both our employees and customers," says Joe Pinto, SVP, Technical Services. "Frank always wears his Cisco hat—at least when he takes off his Yankees cap." 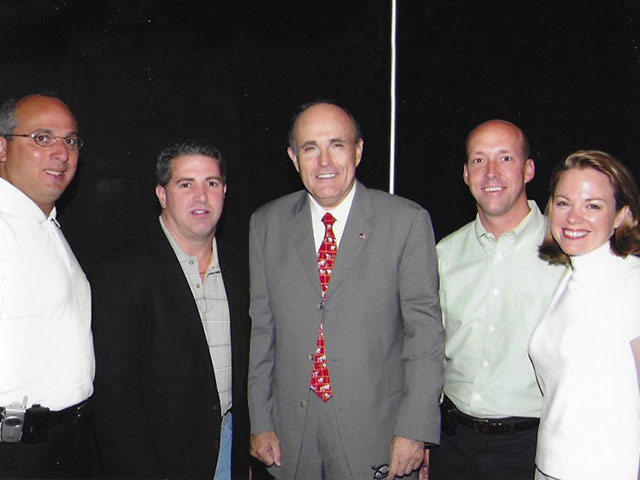 A Man of Action

Among his many career highlights, Frank says there's one that stands out: The work his New York team did in the immediate aftermath of the 9/11 crisis.

Frank's New York City Public Sector team included the mayor's office and police department. After the attacks, the two downtown telco centers were disabled. The Cisco team immediately jumped in to help. Frank and Cisco employees deployed IP telephony technology, which was still new, to get communications up and running in the mayor's office and the family victims' center.

"It was an emotional time," he recalls. "Many of our employees worked around the clock—some were collapsing from exhaustion—until the communications were back up. That's when the real culture of Cisco stood out the most to me."

Global Account Manager John Young added, "Right after 9/11, we were no longer vendors, we were all citizens—eager to help the city in the time of need," he says. "Frank was ‘the face of Cisco' during that time to the mayor and to the city. He led the team. People just don't forget that kind of dedication."

Today, corporate sales requires innovation to be successful, something that comes naturally to Frank. It was evident when Cisco launched UCS, which integrated computing hardware, management software and other components into a cohesive package. It was viewed as a mature, commodity market, and entirely new to Cisco. Skepticism was widespread.

"My strategy was to lay out a plan focused on achieving specific metrics to get our sales team's attention," said Frank. "The strategy was simple: Gain smaller wins here and there before getting to a spot where the larger Cisco would start to take notice."

It worked. UCS eventually reached No. 1 in the Americas in blade server sales. Later, Cisco reached No. 2 worldwide in blades. Frank believes these innovative techniques resulted in many powerful "ecosystem relationships" for Cisco with companies such as Oracle, Microsoft and SAP.

"It's vital that we show customers that Cisco can help them think bigger with DNA," Frank says. "Infrastructure will be critical to their digital strategy—and it's something they need to care about and invest in now."

If history is any guide, Frank—and Cisco—will pull it off. Being "all in" has never been so much fun. It's no wonder Frank loves where he works. 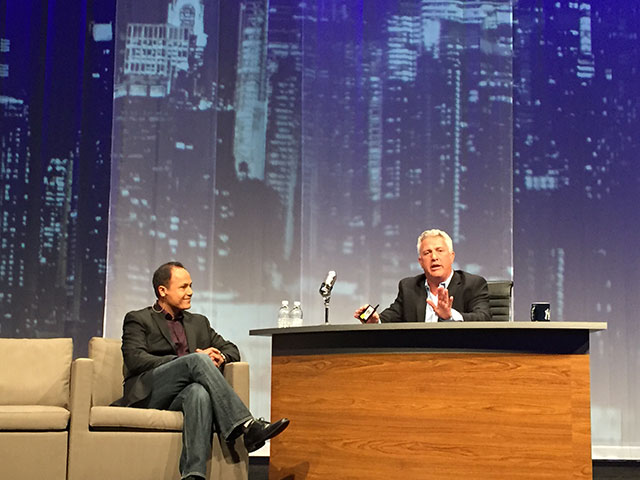 "In the past 10 years, Frank has never started a team call without asking if any team members or customers need our help. He cares about people and he backs it up with action."
—Lynne Kingsbury, director, Data Center Sales

Modeled after the old Late Night with David Letterman show, these fast-paced broadcasts offer the DC sales team an engaging opportunity to stay up-to-date on the latest news in the organization and industry.

So what was his inspiration to host these regular shows? "We were thinking about how to get sales folks—who are on the go and hanging off their laptops—excited about an organizational meeting," he says. "We wanted to make it fun and entertaining so that everyone who watched could take away two or three important things."

It's all about changing, adapting and innovating to meet challenges of each new era.

"I think one of the reasons I've been able to last so long in this business is I'm a strong believer in having the ability to learn and change with the times," he says. "What was successful for me back in 1992 will not work for me as an SVP in 2017. You have to be flexible and be willing to do things differently while staying true to who you are."