How would you reinvent the Internet? Not just improve it, but literally rethink it from the ground up? The question is anything but theoretical for Giovanna Carofiglio. This Cisco distinguished engineer has been working to answer it for nearly five years now, and her work may well revolutionize how the world shares information.

Originally from Italy and one of our youngest distinguished engineers, Giovanna lives in Paris and collaborates with a handful of technologists from different organizations scattered around the world on a revolutionary new Internet architecture called information-centric networking (ICN).

Think of protocols as the rules and standards network operators agree to use in order to ensure widespread interoperability around the world. While they've been enhanced and evolved over time, today's Internet amazingly still uses the foundational set of protocols—called the Internet Protocol Suite or TCP/IP—that networking pioneers created in the 1970s.

There's no way those pioneers could've imagined all the ways the network is now used. "TCP/IP is good for what it was designed to do back when it was invented–things like email," Giovanna says. "But it's not very efficient for the massive data distribution platform the Internet has become." 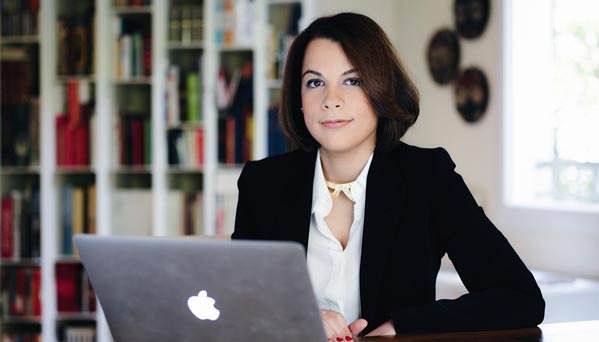 Paris-based Giovanna Carofiglio became one of Cisco’s youngest Distinguished Engineers when she joined Cisco in 2015.

TCP/IP routes information based on the network locations of the sender and recipient. ICN’s elegant design also takes into consideration the type of information being sent, so a large data set can be handled differently than a simple email or a live video stream. This has the potential to reduce network congestion, increase delivery speed, enhance security, and slash costs for service providers and users by "orders of magnitude," according to Giovanna and others in the field.

Considering the benefits, you might think the networking industry and service providers would’ve embraced ICN from the start, but that wasn’t the case. "Businesses are reluctant to modify things or take risks," Giovanna says. "Even if ICN can be proven to perform better, you still have to deal with changes to the core of the network, and that can be scary."

The early resistance to ICN drove Giovanna to become a leading advocate for the cause.

"She is passionate about her work, and a recognized leader in her field," says Cisco Fellow Paul Polakos, who works side-by-side with her on ICN.

"At the beginning, she was more or less alone in her belief and her research, but soon she was in charge of ten colleagues in different places," Beylat says. "She was able to reinforce the topic, not only inside Bell Labs but with other companies as well."

It's that steadfast belief in the importance of her work that fuels Giovanna's infectious enthusiasm.

“This is a once-in-life opportunity to rethink the Internet’s foundation in light of its current usage, with the benefit of all the lessons learned along the way. For a researcher like me, it’s the most challenging and exciting objective I can imagine.”
- Giovanna Carofiglio

Giovanna's journey toward ICN began by earning a doctorate of electronic and telecommunication engineering at Politecnico di Torino, and a second doctorate at Ecole normale supérieure in Paris.

Later, while working on TCP/IP congestion control at Bell Labs, Giovanna met Van Jacobson, one of the fathers of TCP/IP, and was attracted to his concept of content-centric networking, another name for ICN. 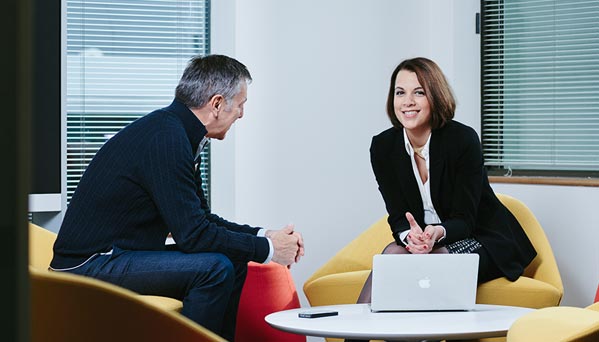 Despite her impressive credentials, Giovanna doesn't think of herself strictly as a technologist. "I'm not an engineer in my DNA," she says. "I came to engineering after classical studies. I have a passion for math and love the study of literature and music."

Giovanna enjoys playing piano and tennis, and is fluent in Italian, French and English. Despite all these varied interests, it's never long before Giovanna is focusing on her work again, even at home; her husband is also deeply involved in the development of ICN.

"The topic is always on the table at our house," Giovanna admits, even if the couple's two young daughters don't quite understand the lingo quite yet.

Focused on the Future

Giovanna has no doubts that ICN represents the future of Internet architecture.

"We aren't able to predict new uses of the Internet, but if you want to sustain the pace of innovation, we have to change," Giovanna says. "I believe ICN is the freshest and most clever idea the research community has had in recent years."

For this reason, Giovanna is happy to be at Cisco.

"ICN is one of the largest research areas for Cisco. The company is behind its development without reservations," she concludes. "That means a lot to me."

So as ICN emerges, remember the fiery supporter who devoted her energies to its success when few believed such a substantial overhaul could ever be possible.

A collection of Giovanna's publications is available on her LinkedIn profile.