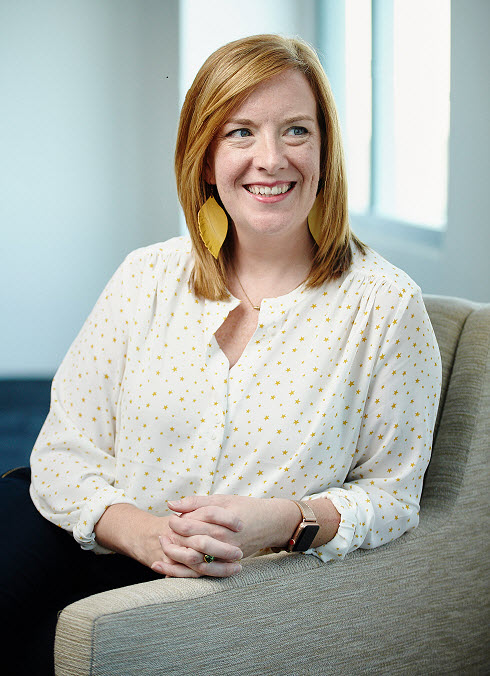 Have you ever been in a meeting and heard something that sparked your imagination? Then, in another meeting with an entirely different group of people, you hear something similar?

For some, this is just a coincidence, but for me, it was a sign that I was being called to take action and create change.

In my role on the Connected Americas team within Americas Sales, I get to see great things happening, both with personal achievements and how my colleagues are focusing on changing the world through giving.

I was meeting with a team based in Seattle, then a week later another individual in the Midwest, and both had a similar goal of providing houses to the most vulnerable with Habitat for Humanity. It left me with a lingering thought and a question.

What if we could increase our impact by focusing our efforts? How?

By bringing focus to teams on one project, from the first nail to delivering the keys. Could we do something that big and tangibly have something to show for it?

Giving back has been a core part of who I am since I was a teenager. I had amazing teachers and got lost in books that detail lives that look so unlike mine. And I have friends and family who always challenge each other to look at the world through eyes that aren’t our own.

But one of the biggest reasons I got involved in giving back was my brother, Scott. Scott was born with a lot of challenges, both physically and mentally.

Despite those challenges — or maybe it was because of them — my brother was my hero. While he might not have been able to speak or walk, there was something about him that brought life to those around him.

Whether he knew it or not, Scott was constantly giving back to those around him. If he could do that — shouldn’t I, someone who didn’t face as many challenges as him — live a life bringing joy to anyone I have the chance to meet?

Scott’s legacy lives on in my heart and has set a foundation in me to do something beyond myself.

“No one can do everything, but everyone can do one thing.”

I heard this somewhere years ago and it stuck with me. If you have a collective of people with the same motivation, it just takes bringing everyone together and adding some focus.

Creating focus across existing activities and channeling our energies into a specific purpose is how Americas House came together.

Presenting the idea to our SVP, Jeff Sharritts, was easier than I imagined. He immediately saw the potential of what could be and was excited to see it come to life. Then the journey began with Habit for Humanity, where I first met the Stephens Family.

Making it a Home

When I saw the Stephens’ family story, I instantly felt connected to them and the challenges they were facing and knew we had to do something to change their outlook.

Jeremy, Jennefer, and their five children had gone through so much. Two of their children have special needs, and to make matters more challenging, their previous home was ravaged by a hurricane.

I knew that we at Cisco could give something together through hard work, the great flexibility offered with Time2Give, and more than that — through our collective of Americas employees. 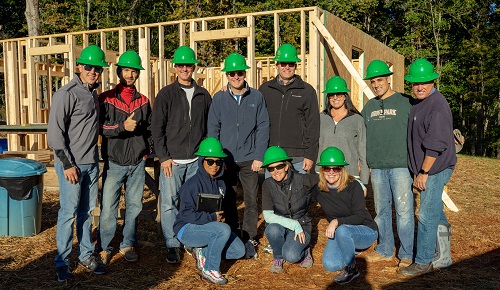 A lot of people already give so much to their own communities, but so many stepped up by coming together with one goal, to be the light and a bridge for a family in need.

Through weather delays, mud, and a host of other challenges, the house was completed on February 23. The Stephens family received the keys to their forever home, and a new story began for them.

At that moment, I’ve never been more proud of the company I work for and the people I work with.

The Americas House has been an amazing project, and it went so well that we are going to continue with a new build in Guatemala where the teams will construct two new homes. If you’re interested in going to Guatemala with us, tell us.

This project could not have been as successful without the assistance of so many people, from Jeff’s approval to our regional leads pulling volunteers together. This also wouldn’t have come together without the dedication and support from Habitat for Humanity.

Ultimately none of this would have come together without taking that first step, finding that one thing I could focus my efforts on. If you feel a calling or an urge to do something meaningful for others, don’t ignore it.

Find something you’re passionate about, and if you’re lucky enough to find a way to intersect it with your professional life, you may find that your first step turns into leaps and bounds.

Keep a look out next month when we’ll share another story about amazing people who Be the Bridge at Cisco.