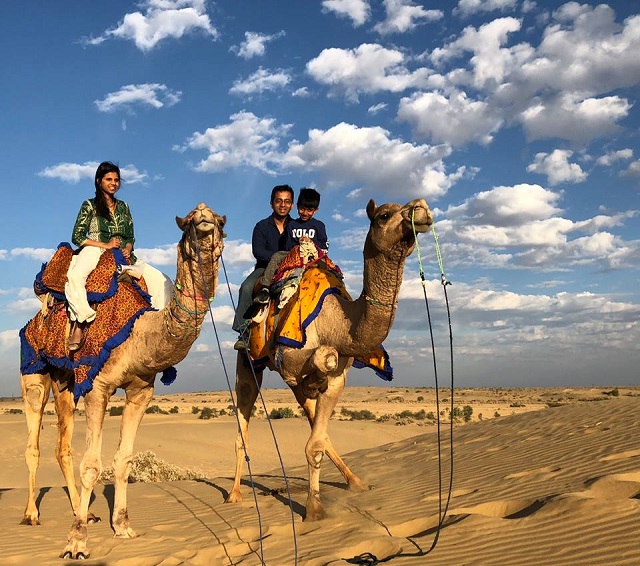 Mishra with his wife Deepti and their son Sameer enjoying a camel ride in Rajasthan, India following Time2Give at Adruta

Talk about fortune favoring the prepared. When Cisco’s Rajat Mishra was just 14, he embarked on a reach-for-the-stars adventure: He moved to Delhi—alone—to study for the entrance exam for one of the prestigious Indian Institute of Technology (IIT) colleges. Success would allow him to leave behind his humble beginnings in eastern India.

“I came from nothing,” he says. “Computer science at IIT was the golden ticket to a new life.”

The odds were long. Some 750,000 applicants would compete for 150 Computer Science seats at IIT. Rajat was determined to make the cut. In a cheap apartment, he spent two years studying all day, every day for the nine-hour exam, which would test his knowledge of physics, chemistry and math. No girlfriends, no cricket, no distractions.

He didn’t just study the academic materials—he also prepared for a variety of scenarios. He took a sample test with lights turned off to simulate a possible power outage on test day. He took another without having eaten or slept to simulate being sick. During the last month, he took sample tests at 9 a.m. every day—the time of the actual test.

When the big day finally came, to Rajat’s amazement there was no electrical power in the school where he sat the exam. “It was crazy,” he recalls. “Sweat from my brow was smudging the ink. At first I panicked, then I remembered that I had prepared for this situation. So I collected myself and dabbed the sweat from my face.”

Not only did he get into IIT, where he earned his bachelor’s degree, but the move also catapulted his career into the stratosphere. His graduation in 2001 was followed by U.S.-based jobs with Microsoft and McKinsey, an M.B.A. at Wharton School of Business, an internship with Google and a stint with a startup. He got a call from Cisco in 2015 and has been our vice president of Worldwide Services Strategy and Innovation ever since. Little wonder he was recently named on Wharton’s “40 Under 40” list.

Now aged 38, Rajat has already burned brightly in the tech business firmament. At Microsoft, aged 23, he had what he calls a “Jerry Maguire” moment when he proposed a creative method of fixing bugs in Windows by scanning the source code—effectively finding bugs before they even existed. Despite initial skepticism from his boss, Rajat eventually patented his idea, hired a team and led the development of the artificially intelligent software to improve diagnostics in Windows.

At Wharton, he discovered a love of strategy, which he pursued at Google and McKinsey, also going deep into big data and analytics. He joined analytics unicorn Mu Sigma to explore a fascination in the algorithms that go into machine learning. There, he led a team of data scientists in building algorithms to predict things like the number of iPhones users would return every month, or which people would engage in credit card fraud.

His role at Cisco combines his love of strategy with a belief in the power of services for digital business. “I believe Cisco has tremendous potential,” says Rajat, a lover of poker. “We are playing the biggest technology game of poker of all time. It’s 10 times bigger than the first Internet, and Cisco has a seat at the table. We have 80 percent of the network, our partners love us and we have $60 billion in hand that we recently repatriated. We can win.” 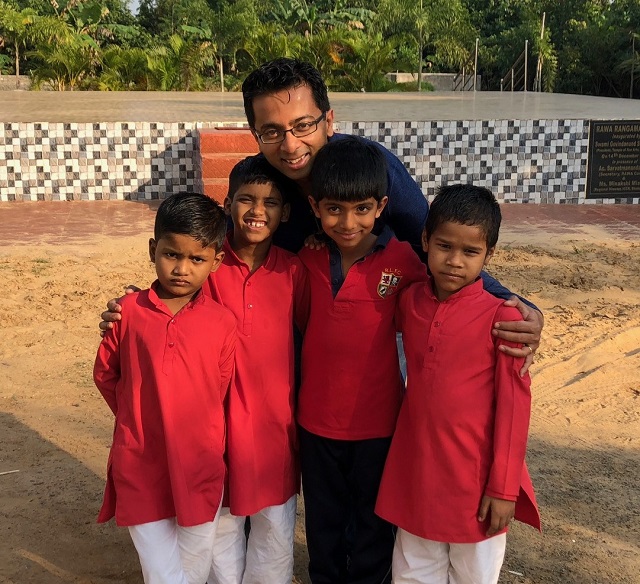 Inspired by the children of Adruta Home

Not all Rajat’s achievements show up on his resume. Together with his wife, Deepti, he has been involved in charity work for years. Since 2006, Rajat has served on the advisory board of Adruta Children’s Home (located in his home state of Odisha). The home supports about 450 orphaned children, mostly girls. Deepti’s company—a business presentation startup called Prezentium—also has a mission of helping underprivileged children around the world reach their full potential. Rajat and Deepti are the second-biggest donors to Adruta Children’s home.

“What I love about Adruta is that they go beyond basic sustenance and help children aspire more and achieve more—in arts, sports and education,” says Rajat, who uses Cisco’s Time2Give campaign to support the organization. “Cisco has been great. People give donations, I match them and Cisco matches me. We’ve been able to help 24 kids.” 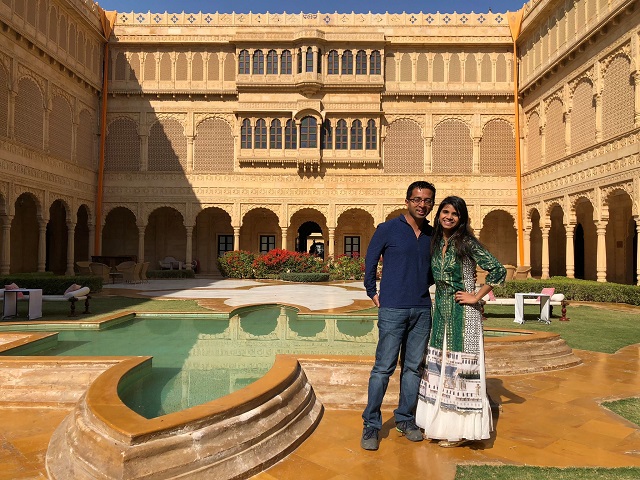 Rajat met Deepti at Wharton, and the two worked at McKinsey together. They got married August 8, 2008—or 8/8/08, as Rajat points out—and had their son Sameer and daughter Deeya. The couple’s charity work is an outgrowth of months spent hammering out their family philosophy. They have distilled it down to three deeply held values: kindness, courage and learning.

The work with Adruta is an expression of that kindness. Courage—which Rajat defines as doing the right thing even if scared—is something he and Deepti displayed when they each traded corporate jobs for the uncertainty of startup roles (he left McKinsey for Mu Sigma, she left Genentech to start Prezentium). And Rajat defines learning as that human desire to constantly evolve, get better, push through to the next level.

“If the size of your failures doesn’t increase over time, then you’re playing it safe,” he says, quoting Amazon CEO Jeff Bezos.

There’s one more value that Rajat and Deepti live by: fun. It was added to the list by their son when he was 5. For Rajat, fun can mean anything from thinking about macroeconomics to the annual summer trips he takes with his son to places like Iceland, India, South Africa and Belize. 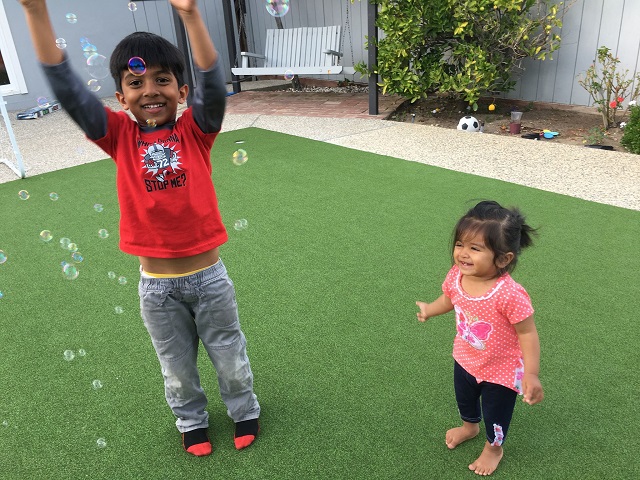 If there’s a theme woven through Rajat’s life, it’s one of integration—of seeing and honoring the deep connections between people and things. Rajat still recalls a series of TV commercials he watched as a boy in India. The ads, for Raymond suits for men, featured a caring man who was all things to all people—as at home on the soccer field or dance floor as he was with his family or in the temple. The series tagline was “The Complete Man.” Rajat says its message of being fully alive and integrated has always stayed with him.

Along these lines, one of the themes of Rajat’s personal blog (“Think Deeply. Speak Simply”) is what he calls integrative philanthropy.

“Everyone wants to give back, but most people say they don’t have time to give back,” Rajat says—adding that programs like Time2Give help people integrate giving back into their busy lives. “All of life is one integrated whole. Can you be a complete man or woman?”

Engage with Rajat on his favorite topics, Artificial Intelligence in the Enterprise, strategy life hacks and integrative philanthropy on his personal blog at www.thinkdeeplyspeaksimply.com and follow him on twitter @rajatmishra79.