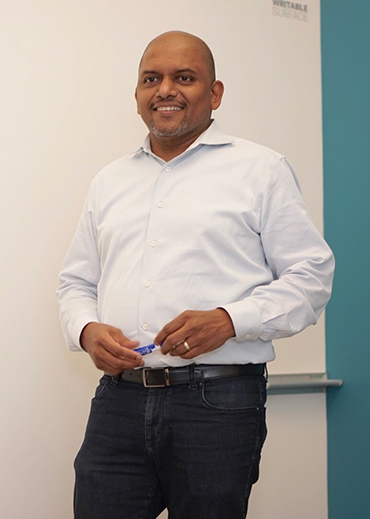 Long before Cisco’s new software-driven network was launched a year ago, Ravi Chandrasekaran was driven by big, bold ideas. "I'm all about the big picture," says the SVP of the Core Software Group. "I like to immerse myself in projects that make a real impact ... not just immediate, but are still felt for 10 to 15 years down the road."

For the past few years, he's done just that with Cisco's Digital Network Architecture (DNA), the foundation for our next-generation, software-driven intuitive system. Cisco DNA is designed for companies on their path to digitization and needing a network ready to deal with the demands of cloud, mobile, big data, analytics and IoT. The last year has seen that vision come to life, and now with Cisco’s latest announcement with the new Cisco DNA Center and open network platform, he’s even more excited about the possibilities.

He is one of Cisco's new breed of engineering leaders and technologists driving the networking transformation charge—deeply technical, visionary, inspired by cutting-edge innovation and a willingness to disrupt. This is his biggest test yet—a massively complex challenge even by Cisco standards—and a huge opportunity to launch an entirely new era of networking.

The Early Days: Building the Core

Ravi joined Cisco after completing his master's in communication engineering from University of Missouri. He did a six-year stint at Cisco, working on various aspects of IP routing that helped build the foundation of Cisco's leadership in the networking space.

He then left to lead engineering, research and development at Redback Networks, where he did more work on networking platforms. Later still he co-founded Apigee, a provider of pioneering API technology and services for enterprise businesses and developers.

It was around this time that he had an epiphany on the clear need for the network and applications to play together seamlessly. Ravi returned to Cisco in 2010 to bring to life his vision of a new network that would be intelligent, intuitive and easy-to-use. 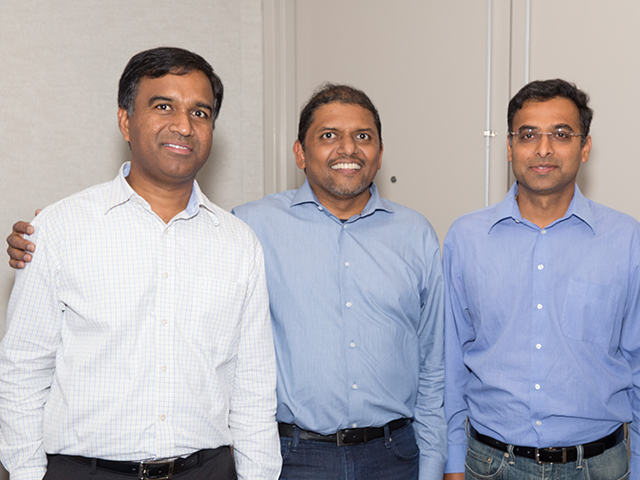 Building the Team to Execute the Vision

Just as a conductor needs all of the parts of an orchestra in place before completing a symphony, Ravi needed experts across a wide range of fields, including networking and applications, to tackle the challenge of building Cisco DNA. Luckily for Cisco, he excels at connecting these dots.

"Ravi always looks at the long term and asks, ‘How do we get there?'" said Distinguished Engineer Ramesh Nethi. "One of his strong suits is figuring out who are the right people, whether internally or externally, to get the job done."

The next challenge is getting those experts from very disparate fields to collaborate. Breaking down these barriers was key to making sure that Cisco DNA succeeded.

"Ravi has been a true tour de force to break down the many silos and barriers between teams," says team member Nitin Saxena, director, Software Development. "The level of collaboration was unprecedented."

Ravi credits the Cisco culture as a vital component in enabling him to pursue—and achieve—these vast, big-picture projects. He points to two elements.

First, he says, is the reality that we let ideas of all kind thrive at Cisco. “At a lot of big companies, the spark of innovation is killed since the machinery doesn’t allow ideas to go through,” Ravi says. “That does not work at Cisco. Execution of ideas cannot be stopped here.”

Second is that when good ideas are implemented and gain traction, Cisco puts all its might behind it. “One of the awesome things about Cisco is that it encourages anyone with an idea, passion and drive. No idea is too small or too big.”

Achieving the vision of Cisco DNA began with creating a single OS across all the enterprise products.

Developing and completing this technology became a watershed moment for Cisco as it marked the first time that our routing and switching products were created from the same software base. Now that a unified operating system was in place, the next key piece to Cisco DNA’s puzzle was bringing simplification, automation, analytics and security to the architecture.

Rizal Tamsil, director of Engineering, said, "In my 20 years here, I’ve never seen someone drive a vision home and try to change the way we work like Ravi. He is one of the few leaders who could build the team that delivers a single, end-to-end solution."

Gradually it's all come together. Cisco DNA is now a reality, paving the way for digital transformation for our customers, and the introduction of our new intuitive network this week.

For his part, Ravi knows that we’re still in the early stages of reinventing the network. He’s just proud to see his vision starting to come to life. 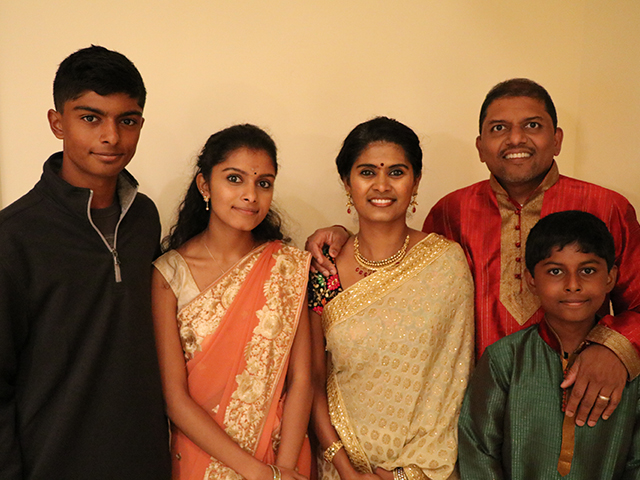 Ravi with his wife Suman, daughter Nila and sons Surya and Vishwa. 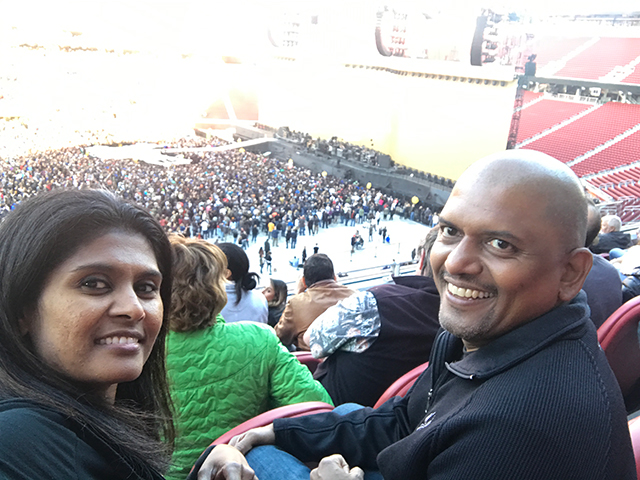 Ravi with his wife Suman enjoying a concert.