Get to know Rowan Trollope


Rowan Trollope was climbing in the Eastern Sierra Mountains when he had a near-death experience that changed his approach to life—and work—forever. He had been climbing for 20 hours straight and was hanging thousands of feet above the ground. It was dark. He was cold. He had just put in an anchor to support himself in his next maneuver, and the last thing he felt like doing was putting in a backup support—even though standard climbing practice dictated it.

Just as he was about to step off onto the anchor, something told him not to take a short cut and take the time to be thorough. He listened, put the backup in, then placed his full weight on the primary anchor—and it failed. 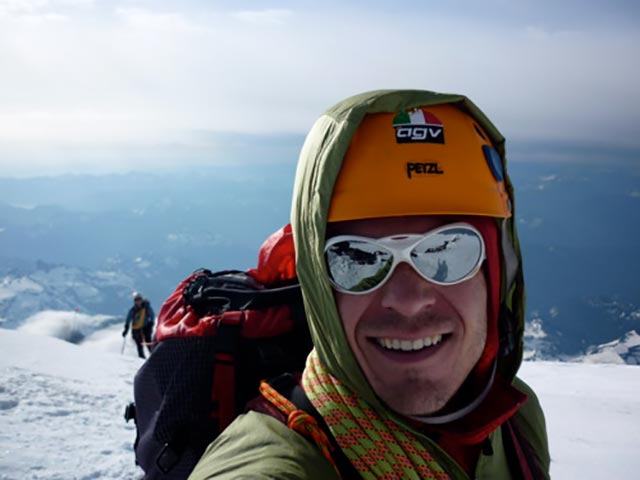 “I fell,” he says. “The backup caught me and saved my life.”

The mountain climbing experience was a wake-up call for Rowan. “I became more focused on doing things right and paying attention to every little detail. My ‘good enough’ belief was no longer good enough,” he says.

The new perspective has served Rowan well since joining Cisco in 2012. Today, he is Senior Vice President & General Manager of the IoT & Applications Group. He leads Cisco’s approach to the Internet of Things (IoT) and how people connect and collaborate at work.

Rowan’s love affair with technology started at age 11 when he began tinkering on a Commodore 64. Inspired by the film War Games, he tried to create an artificial intelligence bot that he could talk to.

He landed a summer job as a programmer in a data processing center when he was 15, and was later hired on as a software developer charged with maintaining the company’s code base.

“I knew at that point that this was to be my career,” he says. “I slept, breathed and drank it.”

But Rowan was determined not to get pigeonholed as a tech geek. He came from a family of artists and grew up in Hollywood where creativity abounded. “I saw myself more as a renaissance man who was interested in lots of things—the arts, technology, pop culture.”

Among the qualities Rowan most admires is curiosity. “I find people who are extraordinarily curious about the world more interesting to work with—especially when they have diverse interests outside the workplace,” he says.

In addition, curiosity is a survival factor in the tech sphere, where the ability to constantly reinvent oneself is key to staying relevant. And curiosity makes for better leaders who listen well and are externally focused. “Curiosity keeps you alive and more impactful for your team,” Rowan says.

It is his innate curiosity and concern for others that makes Rowan interested in the impact technology has on the future of the workforce. World Economic Forum estimates that by 2020, for every 2 million jobs technology creates, it eliminates almost 7.1 million jobs.

“In technology, we sometimes have a tendency to focus on solving a business problem but don’t go the extra step to understand how our solutions can be disruptive — potentially to job creation. As innovators, we can all push to look through the problem holistically, design solutions with empathy, and seek answers that build a ‘workable’ future.”

The best advice Rowan ever received? It came from a climbing buddy: It is not the mountains we conquer but ourselves. “That’s a key life lesson,” Rowan says. “In all my endeavors—whether it’s climbing a mountain, taking the next step in my career, or building a product—it’s really about having a profound change in yourself. The outer achievement is not as important as the journey itself.”

You would never know this but ...

Watch Rowan host the next Cisco Beat on December 13.