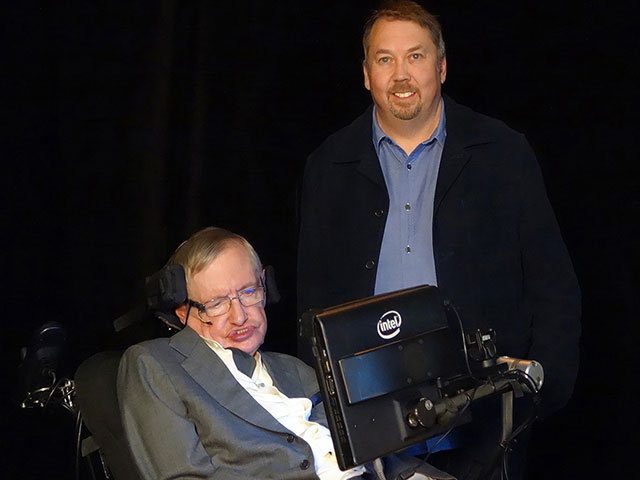 Born and raised in the idyllic English seaside town of Broadstairs, Simon got his first camera on his ninth birthday. But on a family vacation to Spain, he accidentally dropped it from the hotel balcony and watched it shatter on the tourists below. Not the best start to a career in media! But it didn't stop Simon. Today, he is team lead and head of production for Cisco TV in EMEAR (Europe, the Middle East, Africa and Russia). Cisco TV—our own TV production group—is based out of San Jose, with production facilities in Research Triangle Park in North Carolina; Bangalore; Singapore and Bedfont Lakes, UK. We spoke to Simon about how he got the job, what it entails and some of his many career highlights. Lights, camera, action …

What are the responsibilities in your role as head of production?

Our team is here to help amplify Cisco's messages to its customers, partners and employees through the use of video. We have some awesome studios and live event facilities with the latest camera equipment and Cisco tech. But the role here is more about getting the best out of my small team of dedicated creative industry professionals to create inspirational videos, live broadcasts and events such as Cisco Live.

We work in a fast changing, high-pressure environment with hard deadlines. And if it's live—everything has to work perfectly the first time!

What year did you join Cisco?

I joined in 2001 when Cisco UK was in Stockley Park. I came as a favor for a friend who was doing some video production work for Cisco. The film studio was literally a storage room next to the boiler room and it had a bed sheet stapled to the wall as a backdrop. It was the hottest room in the whole building and anybody who went in there was sweating within about 10 seconds. It wasn't ideal, but we made it work.

I'd had my own small production company at the time and was doing quite well. I wasn't looking for a job and I didn't really know who Cisco was nor understood how they were changing the world. But, after a few weeks of filming they offered me a job and I initially said "no thanks." A few weeks later they offered me a better deal and promised to fund new equipment and facilities and I said, "OK, yeah!"

Why do you love where you work?

I love that every day is different. We are part of a global team that works on huge variety of productions with a whole range of people at all levels in the organization, as well as our customers, partners and industry experts. And for us, these productions could be anywhere in Europe, Middle East, Africa or Russia.

Every production has different requirements, deadlines, budgets and that really suits how I work. I like the variety and the challenge each project brings. I tend to work on about six different things at the same time. Over the course of a year, I've probably worked on about 30 projects with over 100 different people across Cisco globally. Creating small teams and making connections is a big part of the job.

I had the great privilege of producing a live broadcast with Stephen Hawking. We beamed him live from Cambridge University into the Sydney Opera House via hologram using Cisco TelePresence. The interactive event was a hit, as well as a world-first technologically. Stephen is one of the geniuses of our generation. He's very intelligent and awe inspiring to be with, but you also get a sense of the frailty of his life and how he survives with MS.

Another highlight was being able to document the Refugee First Response Center (RFRC) in Hamburg, Germany—a truly inspiring experience. We also created a live event with soccer's David Beckham at Bedfont Lakes, where he was speaking to his fans from all over the world using Cisco TelePresence. It was great to use Cisco technology to change the fans' and his perception of how you can connect and communicate in real time across the world.

Did you always want a career in media? What did you want to be as a kid?

I really loved music, art and design and also played a lot of ice hockey as a kid. What I really wanted to be was a famous musician! But while making music videos for friends I met some actors and film school grads, who inspired me to make my own films and tell my stories and ideas. I then went onto a prestigious film school to learn how to make things properly and got a B.A. (Hons) degree in film and video.

What is your experience of the Cisco culture?

What's amazing is the diversity, not just in people's backgrounds but in how they work and communicate and the ideas that we bring. It's a very open organization. And through Our People Deal, it supports people achieving their goals but also the goals of the company. The company value that stands out for me is Change the world. Being part of Cisco is a great opportunity to be a leader in showing how to be an ethical company, but also how our products and services can transform everyday life for the better.

What advice would you give someone looking to join Cisco?

Cisco is a great company and has many different roles. You won’t find a better place to really challenge and inspire you to be your best, and you get to work with some amazing people. 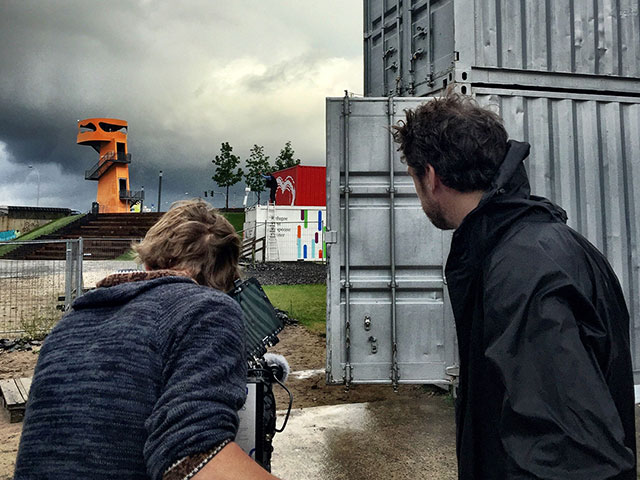 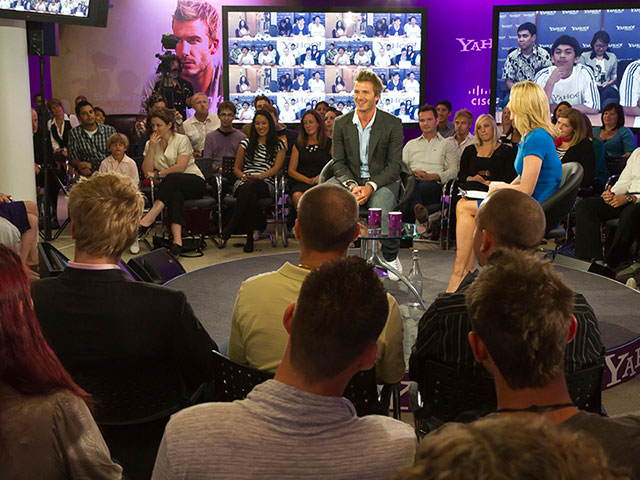 David Beckham pays a visit to our Bedfont Lakes office in the UK.

Are you ready to explore job opportunities at Cisco?