In the Center of the Cyclone

With sustained winds of up to 195 miles per hour — among the strongest-ever recorded — Super Typhoon Haiyan slammed into the eastern coast of the Philippines at midnight on November 8, 2013. By morning light, the typhoon’s devastation became starkly apparent. There were 6,300 dead and another 11 million homeless or severely impacted. The swath of destruction was 500 miles wide.

Within hours of the storm’s landfall, skilled members of Cisco’s Tactical Operations (TacOps) team, with Sue-Lynn Hinson as the on-site incident lead, were en route. They made their way to the storm’s ground zero in the remote city of Guiuan aboard a C-130 military aircraft loaded with Cisco emergency response communications equipment.

Once on the ground, the TacOps team wasted no time in doing what it does best – establishing emergency Internet Protocol-based communications for first responders, government agencies, relief organizations and others. In a disaster, communications technology is one of the first casualties.

“Never do the unconnected need connectivity more than in the midst of a natural disaster,” says Sue-Lynn from her office in Research Triangle Park, North Carolina. “If you take communications away, life-saving relief efforts can be wasted or used ineffectively in the very hours they are needed most.”

“It’s so exciting to help people in need with technology,” Sue-Lynn says. “I love the camaraderie, and I’m proud that Cisco offers the services of the TacOps team around the world at no cost as part of our commitment to corporate social responsibility.”
- Sue-Lynn Hinson

Helping those in need has been in Cisco’s DNA since the company’s inception. After Hurricane Katrina tore through New Orleans and the Gulf of Mexico, it was clear to Cisco that the global need deserved a dedicated, full-time team.

“TacOps’ mission is to connect the unconnected in the middle of crisis, anywhere in the world. We are building a team with global capability with a global mission,” says Sue-Lynn.

But it takes more than technology to ensure the team’s work is successful. That’s where Sue-Lynn’s passion and professionalism come into play. For example, Sue-Lynn and team spent their off hours in the Philippines helping soldiers reach family members, many of whom were also affected by the disaster.

“Success also depends on understanding how to work with people of different cultures, languages and perspectives, and Sue-Lynn is a pro at that,” says co-worker Tiago Da Costa Silva, a TacOps operations coordinator. “In the Philippines, not only was Sue-Lynn first on scene to direct the movement of equipment and ensure the safety of team, but she took the time to establish trust with the Philippines military. That made our job so much easier. Without the military’s help, we would have been severely impaired in our ability to get done an already difficult job.”

Da Costa Silva describes Sue-Lynn as humble and “spotlight averse.” Sue-Lynn resists talking about herself personally, but she’s happy to speak about her work. She calls it her dream job because it allows her to tap both her technical savvy and extensive emergency-response training, all while working with a talented team of colleagues. Sue-Lynn has been a volunteer firefighter for 20 years, rising to the rank of captain. It was her work as a first responder that led her to the TacOps team in 2010, following 10 years at Cisco as an IT software developer.

“It’s so exciting to help people in need with technology,” Sue-Lynn says. “I love the camaraderie, and I’m proud that Cisco offers the services of the TacOps team around the world at no cost as part of our commitment to corporate social responsibility.”

Considering the stress of the work, a position with the nine-person TacOps team isn’t just career, it’s a passion. And no one personifies that passion better than Sue-Lynn, according to Joe Simmons, global program director for NetHope, a non-profit organization dedicated to establishing connectivity in disaster areas and networking throughout the developing world.

“I have seen over and over again Sue-Lynn avail herself any time of day. She goes way beyond a day-job description to organize efforts that make every response much more effective,” says Simmons. “She’s a giver in all aspects of her life, a true humanitarian.”

“Sue-Lynn goes way beyond a day-job description to organize efforts that make every response much more effective. She’s a giver in all aspects of her life, a true humanitarian.”
- Joe Simmons, Global Program Director, Nethope

Following the Haiti earthquake, for example, Sue-Lynn managed the Cisco donation program that helped acquire and deliver tens of millions of dollars’ worth of networking equipment to humanitarian organizations still working in country long after the disaster teams had left. “And she probably won’t tell you that she spends much of her vacation time in Haiti, the Philippines and elsewhere working with Habitat for Humanity building new homes,” says Simmons.

For Sue-Lynn, it’s all part of the job. “In TacOps, not only do we respond in the aftermath of disasters, but we also work during non-disaster times to help connect the unconnected and educate others in the value of planning and business resiliency,” she says. 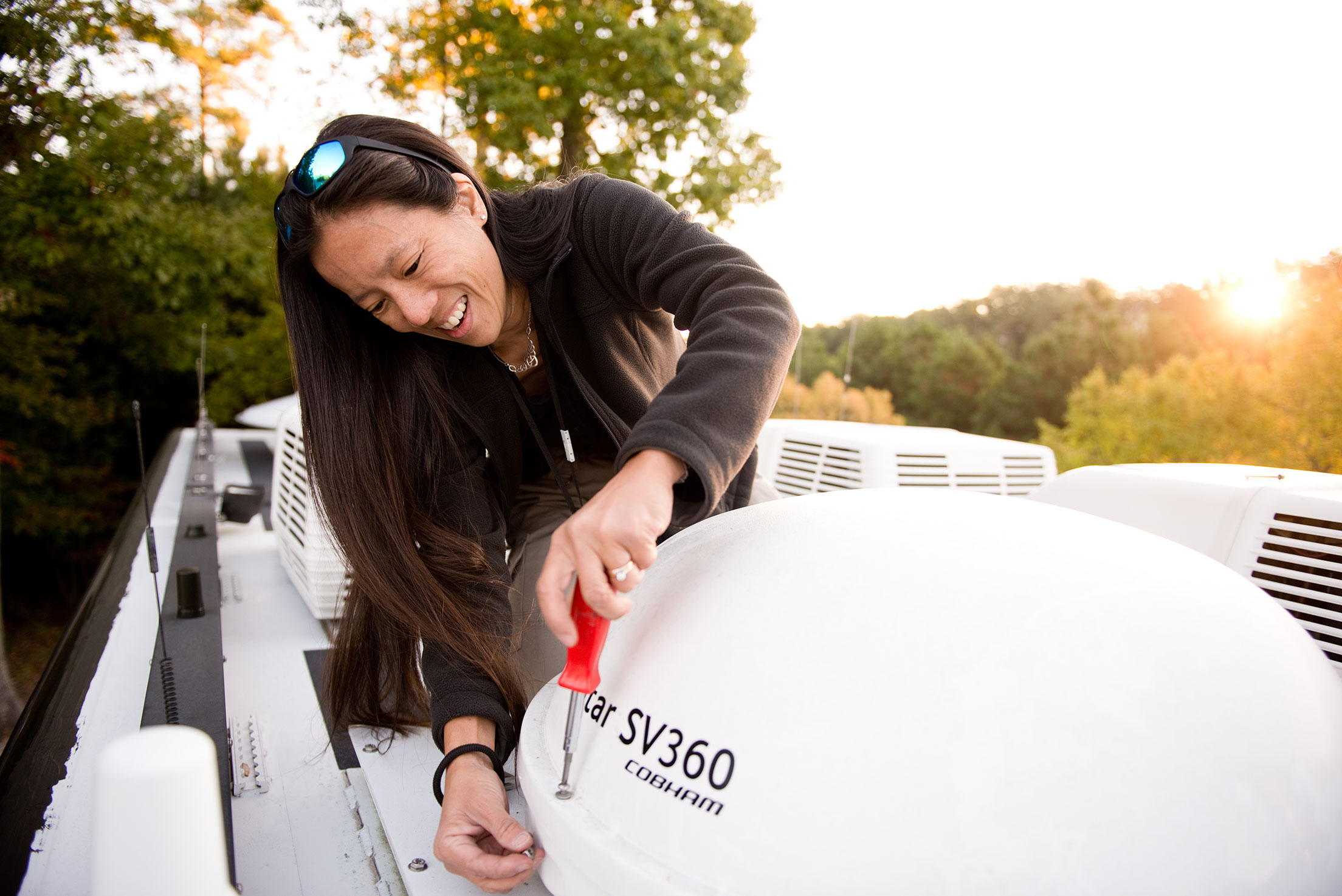 When she arrives home following a disaster, tired and gritty, her work isn't finished. The TacOps team engages in “After Action” reviews to discuss lessons learned and improve capabilities for the next incident response.

Sue-Lynn’s passion extends beyond immediate disasters in other ways. She assists Da Costa Silva, the program manager for the Cisco Disaster Incident Response Team (DIRT), which recruits employee volunteers to aid in response efforts. To date, they have trained 350 DIRT volunteers in Austin and Richardson, Texas, the United Kingdom, Brazil, and China. Additional volunteer teams are coming soon to India and Australia.

Sue-Lynn and the TacOps team also keep a keen eye on emerging disaster relief technology. In the Philippines, for example, the biggest challenge was lack of fuel for the generators powering the communications equipment. As a result, TacOps has begun using solar and other alternative energy sources for Cisco equipment. It’s also a challenge getting non-portable fixed satellite dishes into disaster areas. To address this, TacOps formed a partnership with GATR Technologies and is now using its innovative inflatable satellite antennas, which fit snugly inside standard-sized cases that are easy to transport.

“Our larger mission is to improve our global response potential by increasing our international capabilities, developing better equipment, and expanding our volunteer groups,” says Sue-Lynn.

Thanks to the efforts of Sue-Lynn and the rest of the TacOps team, Business Insider named Cisco as one of “The 20 Most Inspiring Companies of 2014.”

Sue-Lynn characteristically shuns the limelight, but she never loses sight of the true value of the work she and her TacOps teammates do so brilliantly. “A disaster may affect thousands, but it does so one person at a time,” she says. “Nothing is more personally satisfying than helping someone receive the information they need to get or give assistance, make the right decision, or feel optimistic about the future.” 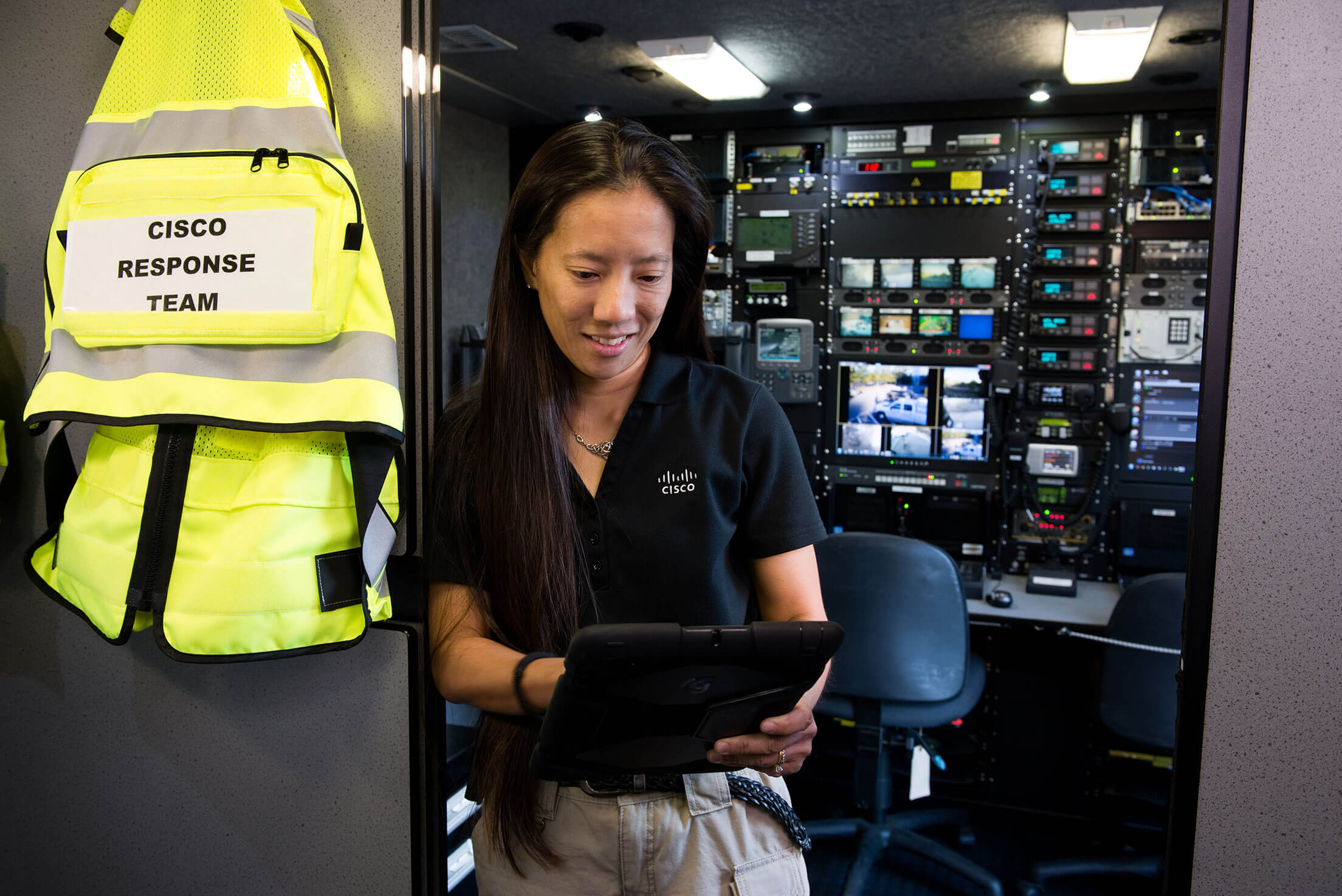