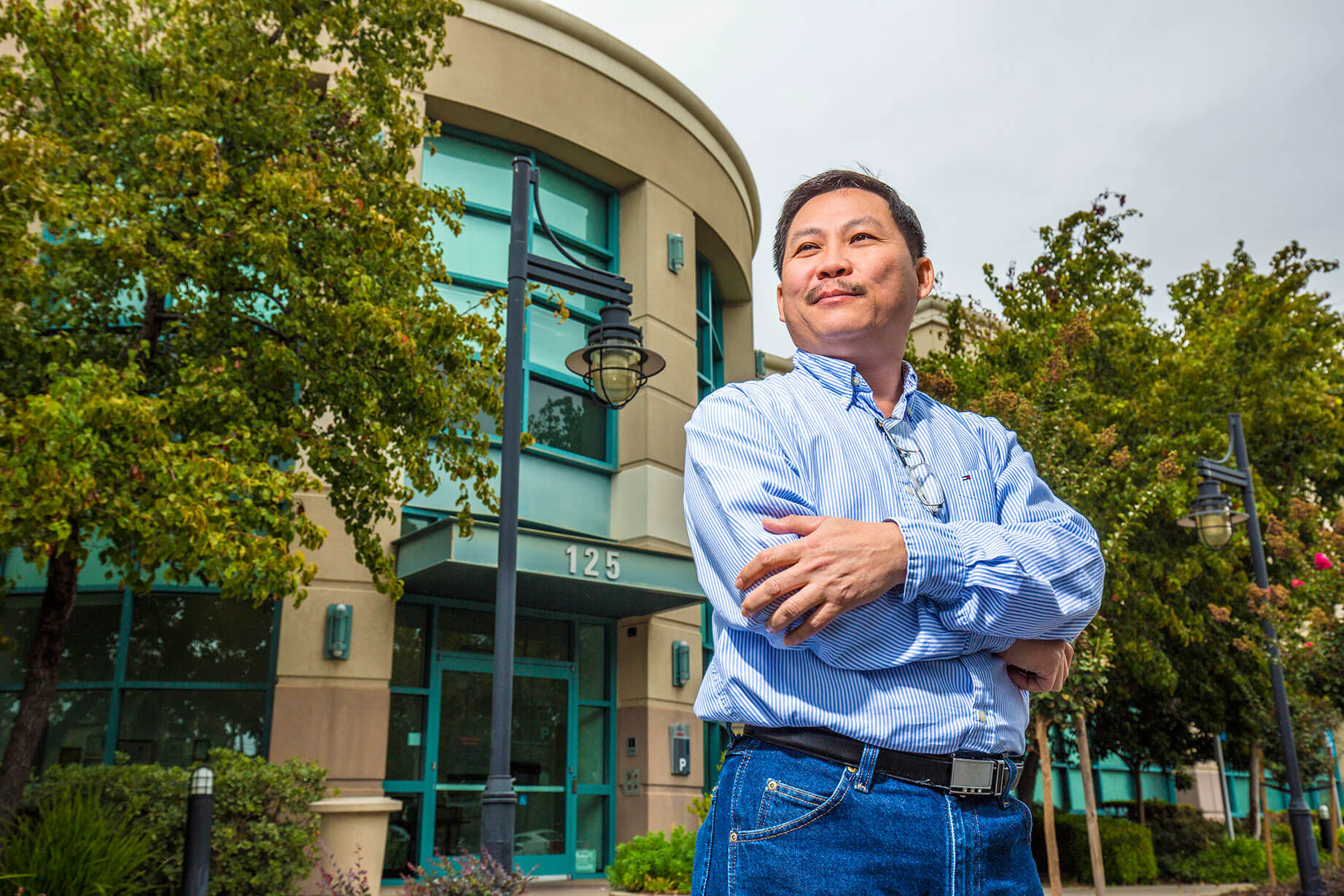 Young Tran knows a thing or two about shattering limitations to gain access to a better life. In 1986, 22-year-old Young risked his life in hopes of greater opportunities by fleeing his native Vietnam with his brother. They set sail in a small craft, part of the flotilla of “Vietnamese boat people,” as the brave group eventually came to be known.

Young and the other passengers were afloat at sea for five days with no guarantee of safety before their rescue. They were transferred to Japan, then the Philippines. Young ultimately secured a visa to the United States, where he began a different type of journey by studying at the University of Louisville in Kentucky. That journey eventually led him to San Jose, California, where since 2008 Young has helped others inside and outside Cisco to shatter different types of limitations.

Young is as an engineer and trainer on the Cisco Accessibility Team. This six-person group helps Cisco web developers and software and hardware engineers ensure that Cisco products are accessible to those with a wide range of disabilities. These include blindness, low vision, deafness, hearing loss, learning disabilities, cognitive limitations, and limited movement, among others.

“Accessibility is a company-wide effort with the goal of connecting the unconnected, stressed from John Chambers on down,” Young says. “It focuses on the importance of creating accessible products, websites and documentation throughout Cisco.” 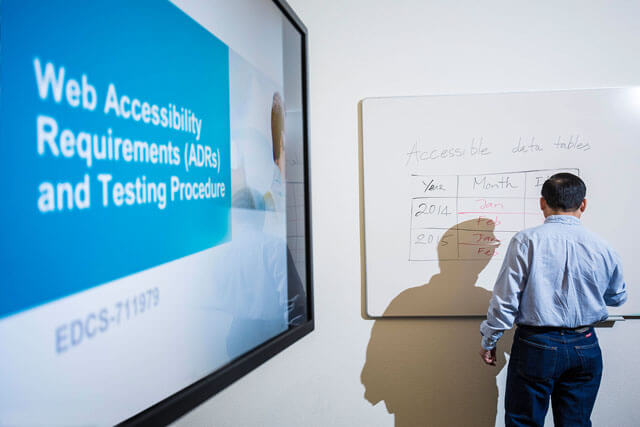 Among his many duties, Young teaches accessibility courses for Cisco web developers, testers and vendors. To date, he’s trained more than 500 people. He also supports Cisco product teams in testing and improving the accessibility of applications and products.

Additionally, he helps Cisco’s IT and human-resource teams as they seek to improve accessibility for employees. For example, Young recently led a tutoring session for 20 software engineers who focus on collaboration business applications. The team was developing updated software used by thousands of Cisco customer contact-center representatives.

“This latest version of the software application, for the first time, will include two assistive technologies: keyboard accessibility for the mobility impaired, and a screen reader for the blind and visually impaired,” says Angela Lam, a software engineer on the team. “Young helped us understand the importance of accessibility. He walked us through the necessary programming by using our application as an example.”

There are many reasons to care about accessibility, according to Young. “It’s the law, for one. It’s also a feature used by an increasingly significant number Cisco customers, particularly as the population ages,” he says. However, these reasons are not what inspire Young.

“We at Cisco are doing all we can to help people with disabilities contribute according to their talents instead of being hindered by their disabilities. I’m proud to be part of that mission.”
– Young Tran

“More than anything, it’s simply the right thing to do,” says Young, who doesn’t have to search far to recognize the importance of improving accessibility for all; one of the teammates is visually impaired. “We at Cisco are doing all we can to help people with disabilities contribute according to their talents instead of being hindered by their disabilities. I’m proud to be part of that mission.”

One big challenge Young faces is getting developers, engineers and vendors to start considering accessibility from the outset of a project. “If we can get people thinking about accessibility early, we can not only save development money, but do a better job of integrating features that are fully tested and work well,” he says.

Cisco continuously strives to improve the accessibility of its products and websites and has been recognized for its efforts. For example, the American Foundation for the Blind awarded the prestigious Helen Keller Achievement Award to Cisco for the accessibility features built into the Cisco IP Phone.

Young’s passion for improving the lives of others extends beyond his role at Cisco. Together with 25 other volunteers, Young teaches the Catholic faith and the Vietnamese language to more than 160 children at his church. His own journey has shaped his perspective and fueled his passion.

“The U.S. has truly been a land of opportunity for me, and I’m happy to be able to help others,” Young says. “My philosophy is that it doesn’t matter what you do in life, as long as it contributes to the quality of life for others. That’s what makes my job so rewarding.”

“My philosophy is that it doesn’t matter what you do in life, as long as it contributes to the quality of life for others. That’s what makes my job so rewarding.”
– Young Tran 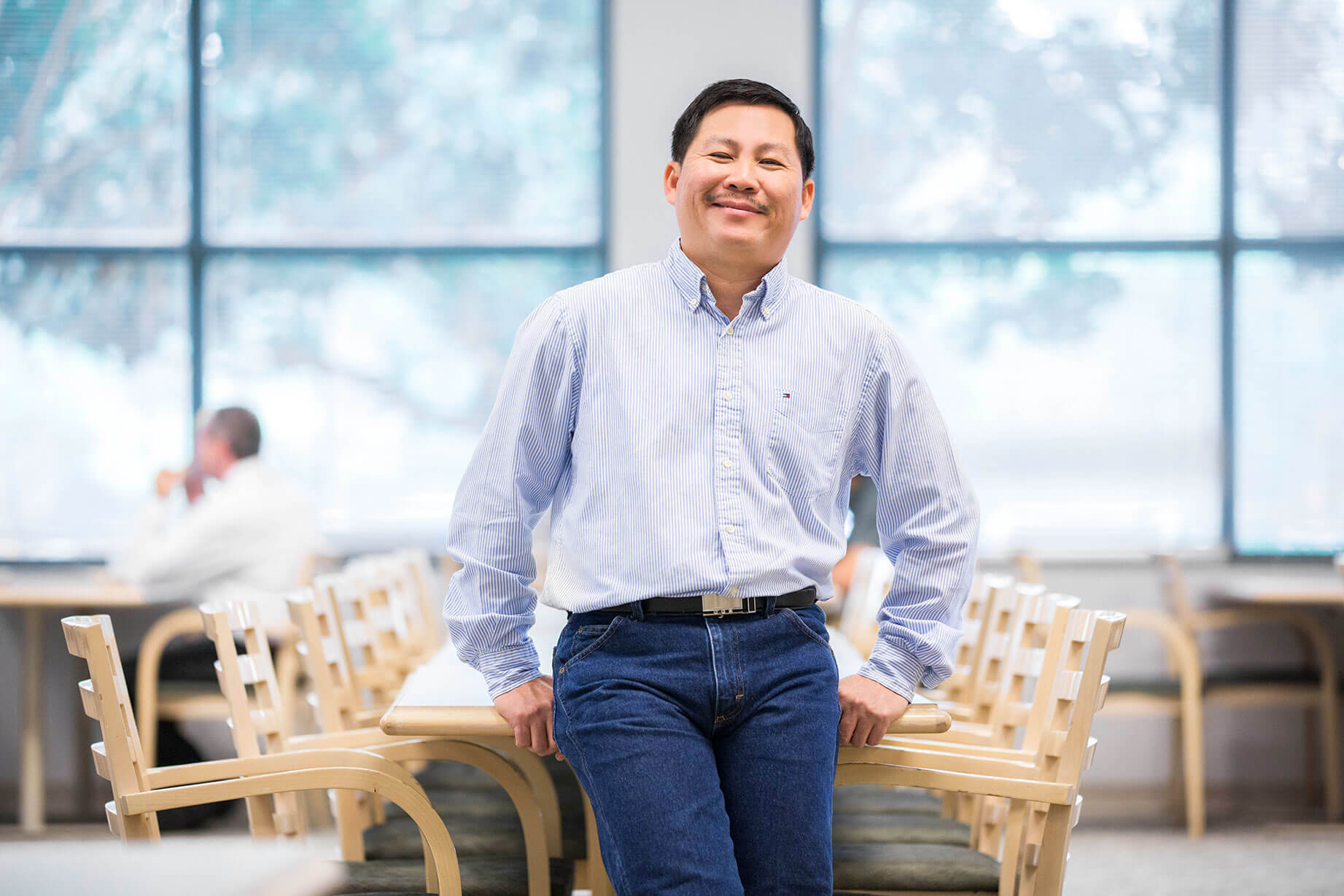