It’s been said that truly inspired actions move others to act. At the March 7 Cisco Beat, Marissa Brown and Karim Kattouf shared their stories about how a simple idea, and the power of connections, inspired them to help champion great projects of their own. 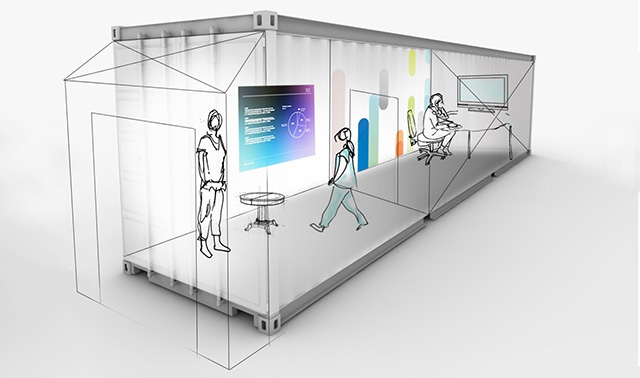 Sketch of the concept for the RFRC

Last year, we shared the story of how Cisco partnered with a number of organizations to convert a shipping container into an emergency medical facility to help refugees arriving in Hamburg, Germany. The Refugee First Response Center (RFRC), co-developed by Cisco’s Mirko Bass and Harald Neidhardt from MLOVE, gave refugees much needed access to healthcare with medical translation services in 50 languages. To find out more about all the partners involved, please visit: rfrc.eu.

But even as the first high-tech shipping container was rolled out in Hamburg, there was already talk of creating more of these units. It didn’t take long for that inspiration to generate results. Thanks to a $1 million donation from the Dorit and Alexander Otto foundation, 10 more shipping containers were rolled out. Complete with video translation systems, these RFRCs have helped doctors conduct more than 18,000 medical exams for refugees to date.

One of the key partners in the project—Harald Neidhardt, CEO and founder of MLOVE—has even bigger dreams. He wants to bring 100 of these shipping containers closer to hot spots along the routes taken by refugees in Syria, Turkey and Lebanon, and other countries. With the help of many, that vision is already bearing results. 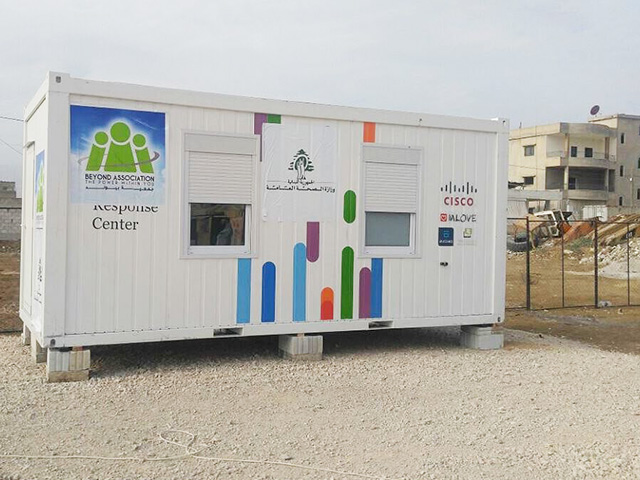 Cisco employees in Lebanon have seen firsthand the refugees fleeing Syria. A drive of less than two hours separates the capitals of these neighboring nations. Employees in the area have a history of providing relief to the nearly 1.4 million displaced Syrians who live there. This includes raising funds to buy and deliver warm clothing to the refugees.

After learning about the RFRC in Hamburg, Cisco’s Karim Kattouf connected with Mirko’s team to replicate the project in their own country. Last November, with the support of MLOVE and a local NGO, Beyond Association, an RFRC shipping container arrived in Lebanon's Beqaa Valley from Germany. The Beqaa Valley is one of the largest temporary settlements and houses 55,000 refugees, many of them children.

The RFRC in Lebanon has less need for translation services. It has been wired instead for telemedicine, including remote psychiatric consultations, as well as communicating with others beyond medical needs. Because of this, cultural exchanges connect children from Lebanon and elsewhere with children in the camps. Refugees can also talk with their extended families in Europe through video-conferencing technologies.

Support has even extended beyond the Lebanese borders. Cisco’s Connected Woman’s Group in the United Arab Emirates were inspired to host a bake sale, sending all US $4,000 in proceeds to Lebanon.

“This is truly an example of collaboration across organizations, that is having a positive impact on our communities,” says Karim, an investigator in the Brand Protection Team at Cisco Lebanon.

Another RFRC container went to Greece, with support from Cisco, MLOVE and StartupBoat. The container arrived at a refugee camp on the Greek island of Samos. Because of its close proximity to the Turkish coast, the island receives boats of nearly 100 people each day from Turkey.

"The majority of the people who are staying in the hot spot are living in terrible situations for many months,” says Nikos Lambrogeorgos, a Cisco senior account manager in Athens, who made sure the container arrived safely at the camp. “Medical and interpretation services are just as necessary as food and shelter.”

The RFRC is staffed by a doctor throughout the day to examine refugees and offer health services. Nikos has been working with the Greek Ministry of Health and several NGOs in an effort to get the container up and running quickly. 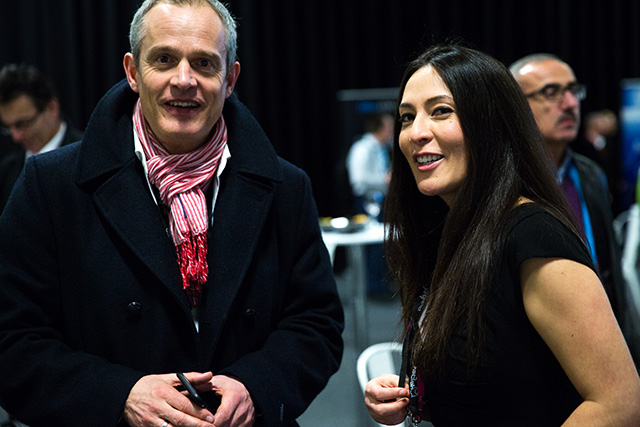 Mirko Bass and Marissa Brown are two of the Cisco employees helping grow the RFRC movement.

Back in Germany, the inspiration from the original RFRC continued to flow, this time sweeping up Cisco’s Marissa Brown, Regional IT Lead EMEAR. Marissa moved to Berlin in 2015 when the Syrian refugee crisis threatened to overwhelm Europe.

After first learning about the RFRC, Marissa was inspired to connect with Mirko and team to help support its expansion. Soon after, a discussion with a friend working as a pediatrician at Charité provided another opportunity to help those in need.

“When I told her about how well the translation service was working in the RFRC in Hamburg, she asked if there was any way she could try it,” says Brown. “Language barriers made it difficult for her to treat her patients, and having real-time translation services would help them immensely.”

It wasn’t long before a video collaboration unit was provided to Charité, who then had the chance to experience the translation capability first hand.

But the story doesn’t end there. Through this new connection, the team learned about a pilot with Deutsche Bahn, the largest transport and logistics company in Europe. Deutsche Bahn partnered with Charité to transform a former passenger bus into a mobile medical clinic – known as the DB medibus. 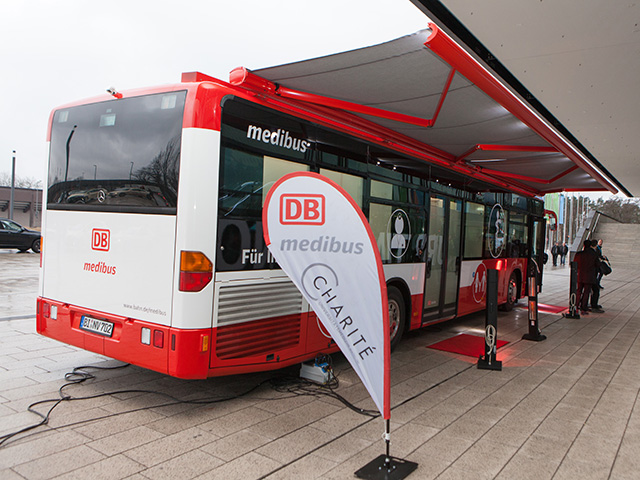 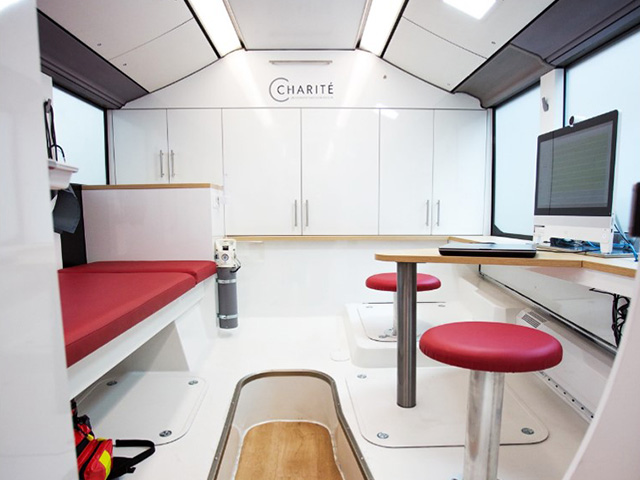 Exam room within the DB MediBus

Charité and Deutsche Bahn contacted Cisco, who volunteered to network the bus. Cisco outfitted it with secure wi-fi high-speed connectivity and video collaboration units to allow for translation services in 50 languages. Their first use case for the pilot phase is mass vaccinations in Berlin, and they have already provided 10,000 vaccinations since launching last fall.

The team hopes to expand the pilot program. “This idea could be used to provide medical care, especially in the rural regions, for everyone,” Mirko says.