In September, I completed 15 years at Cisco. It’s been an amazing journey—changing the way we live, work, play and learn. But as I look back at my journey, what stands out for me is not the products, the innovations and transformations. It’s the people and what I learned from them.

I joined Cisco in September 2000 in San Jose, California. Just four months later, in January 2001, a devastating earthquake struck the state of Gujarat in my home country, India. In response, a few of my colleagues in San Jose took the initiative by starting a relief fund collection drive. I was impressed by how many people generously donated. It wasn’t just those of Indian origin, but pretty much everyone who had read or heard about the disaster. Later, we approached the Cisco Foundation, which agreed to match the donations 100 percent. 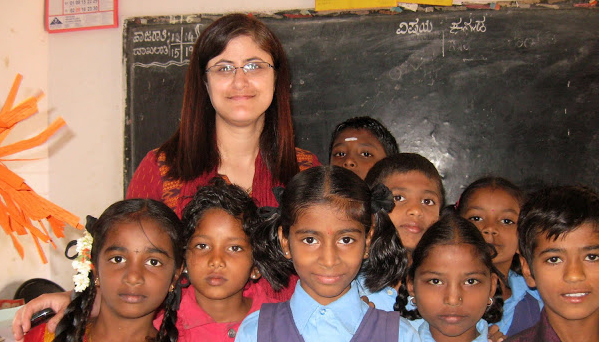 Shannu with children from the Cisco Adopted School.

I played a very small role in these efforts, but the friendships and rapport I developed at that time are with me till this day. They embodied some of the Cisco values I hold most dear. Later, these values prompted some of us to get together and form the India Civic Council, which amplified and continued the giving back efforts in India through the annual Global Hunger Relief Campaign and the School Adopt program.

Fast-forward six years. I had moved to Bangalore where I was the mother of a 6-month-old baby. This was the hardest period of my life at Cisco. In addition to parenting an infant, I was a newly promoted manager overseeing a large team and fielding a large volume of daily critical account program (CAP) calls. In the face of these challenges, it was the support and confidence of my managers that kept me going. 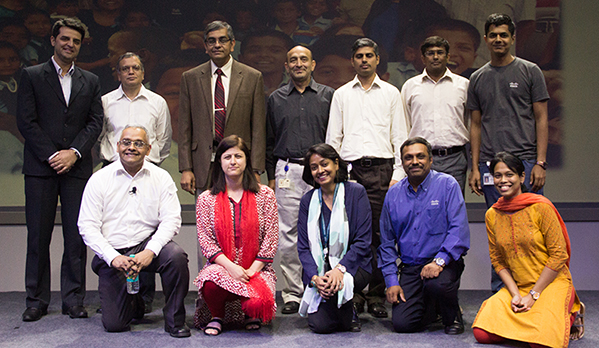 I especially recall one incident. I was eligible to attend a two-day managers’ offsite event, but I planned to skip it because I didn’t want to leave my baby. Shortly before the event, I got a call from my director inviting me to bring my son and his nanny with me. He even offered to pay for their stay.

In the end, I still wasn’t able to go, but the fact that my director made the offer meant so much to me. Talk about respecting and caring for each other! This gesture inspired me to keep giving my best for the team and the company. It also taught me an important lesson in leadership: Genuine care and support for your team will go a long way in building a committed team—much more than money ever can.

Shannu and her son Soham on a hiking trip near Pune, Maharashtra India.

The wind of change blew through my life again in 2011. It was an uncertain time for me, in which I found myself facing a big decision in my professional life. My Engineering Group was being integrated into the Centralized Procurement Group. I had to choose between staying put or moving to the new group. Fortunately, I had the opportunity to talk one-on-one with my directors to discuss their vision for the new group and how we could together transform operations within Cisco.

In the end, I moved to the new group, but again it was our people that had a lasting impact on me. In this case, my big takeaway was the power of effective communication by leaders, especially during periods of transition. I found myself willing to risk the change in large part because my directors had taken the time to sit down with me, earning my trust and inspiring my belief in their vision. It was another valuable lesson in leadership.

My Cisco journey has been guided by people who believe in and demonstrate the value of giving back. Today, giving back is a strong personal passion of mine. The India Civic Council has enabled me to be very active in this arena. I’m truly happy to come to work every day for a company that respects and cares for others—a company that has a soul—even after 15 years!