Tweeting for a Cause 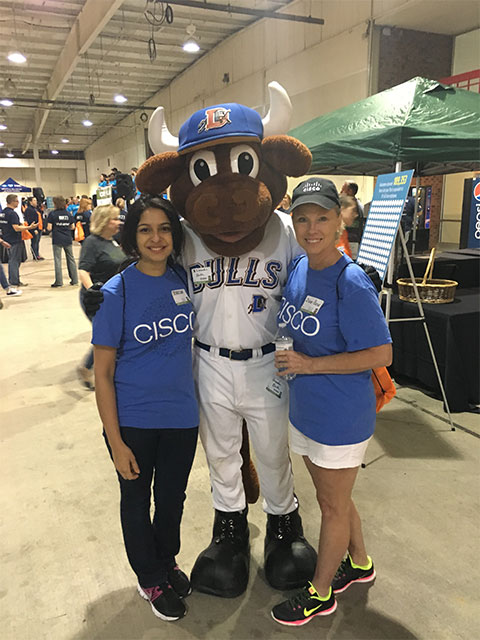 The Cisco Team at the Food Bank’s Sortarama.

Giving back to the community is part of who I am. Whether it’s mentoring at local schools, volunteering at the church nursery or running a rest stop at a charity bike race—serving is a way of life for me.

Being at Cisco has provided so many opportunities to serve. I joined the Cisco Citizen Network to represent the Food Bank of Central and Eastern North Carolina about three years ago. I have helped with many of the events, food sorts, and volunteer programs.

Several months ago, our team decided to explore how we could volunteer and offer our time and talents to an important cause. Because our team works a lot with social media, we thought it would be great idea to help out one of our local nonprofits who we felt could benefit from our expertise. Since I had a relationship with the Food Bank, it provided us with an opportunity to help socially promote their new distribution center.

The Food Bank is important in helping those that are hungry and providing disaster relief to those in need. With the devastation of Hurricane Matthew, many families in NC have lost everything, and the Food Bank is essential for their day-to-day survival.

We created a social media plan to create awareness and launch off their fall fundraising campaign called "So All May Eat". To kick things off, we met with the Food Bank team and developed a strategy that involved helping the partner agencies and promoting the event. Because partners are very busy and to ensure we kept up momentum, we developed prepared tweets that they could use on their social media outlets to promote the grand opening. We also provided "on the ground" social media sharing by Cisco employees. We felt it was important for us to be there and share the experience with our personal social outlets.

We "connected everything" by involving Cisco employees who were onsite that day participating in a food sort, to share their selfies and tweets on social media. We also got other companies taking part in the food sort to share as well. The plan really “benefited everyone”—we helped bring community awareness to the new Food Bank and also had the opportunity to promote Cisco in a local television spot that aired.

By using your skills, you can help nonprofits further their mission and provide even great benefit to the community. Through our involvement, the Food Bank was able to increase Twitter mentions and Facebook likes by more than 50 percent. The new hashtag we promoted—#SoAllMayEat—became one of the top trending hashtags associated with the Food Bank.

Social media can be a valuable way to communicate upcoming events, and bring real-time awareness in a way that other media can’t. We helped the Food Bank get the word out about the new grand opening of their distribution center, and we were a part of making it happen on social media. We hope that our support during this campaign will demonstrate to other nonprofits how they can leverage the power of social media.

My passion is giving back and I am grateful that Cisco not only supports but encourages me to give back in a way that I never dreamed possible. What’s more, I get to work with the most amazing and giving people—#LoveWhereYouWork. And next year, I plan to take it to another level. I am going on a mission trip to New York in March, taking advantage of Cisco’s Time2Give program.

Diane speaking live from the event on ABC News 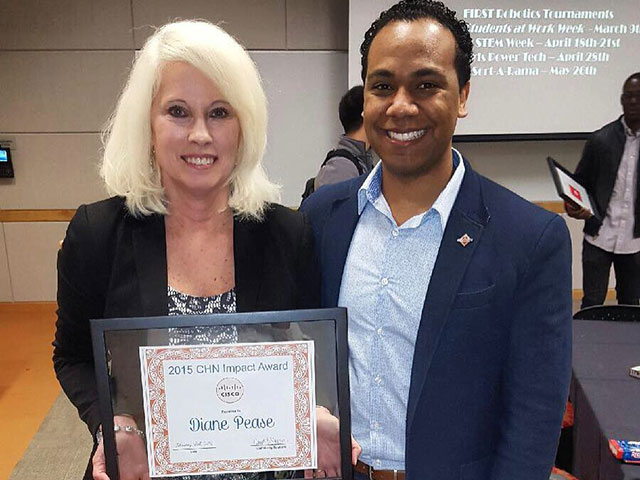