by Karim Kattouf · Investigator in the Brand Protection Team · Lebanon 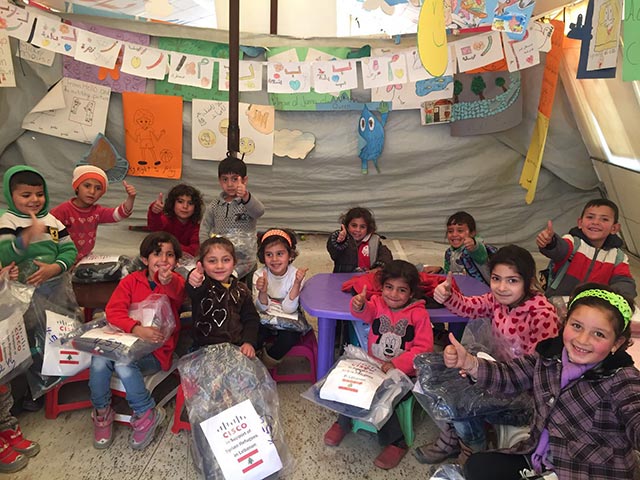 There are 1.4 million Syrian refugees in Lebanon and half of them are children. The Cisco Lebanon team provided warm clothing to refugees at a camp near the border with Syria.

It was a two-hour drive from the Cisco office in Beirut, Lebanon, to the refugee camp near the border with Syria. My Cisco colleagues and I were carrying packages of hoodies, sweatshirts and wool socks for Syrian refugees. As we entered the camp on that icy winter's day, we were met by a Syrian woman curious about the nature of our visit.

"We're bringing new clothes for the children," I said as we unloaded packages. "The sizes might not be a perfect fit, and the colors are not the best."

The expression on the woman's face changed from despair to hope. She told us how she had fled her village in Syria, leaving most of the family's clothes and belongings behind. The kids didn't have the warm clothes they needed to brave the winter, she said. Our gift of clothing would help.

Seeing these Syrian villagers ripped from their homeland by war and destruction brought back memories for me. When I was a child in the 1980s, my homeland of Lebanon was torn by a bloody civil war and regional conflict. We knew what it was like to see buildings explode around you and gun battles raging in the street. In search of safety and a better future, my parents moved us to Cyprus, where I spent most of my youth. I returned to Lebanon after the war was over, but bombing and armed conflicts continue to plague my country to this day. 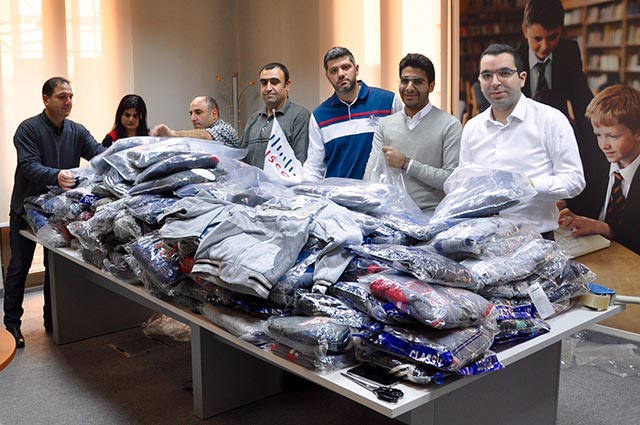 And now there's another civil war in the region, this time in neighboring Syria. It's a human crisis of overwhelming proportions. Some 1.4 million Syrian refugees have already fled into Lebanon—half of them children.

I was already working at Cisco when the refugee crisis emerged. One day in the Beirut office, we were talking about the conflict when our general manager for Lebanon, Hani Raad, decided we should take action. With a harsh winter upon us, he suggested we work together to provide warm clothes for the children. And so our campaign was born.

Giving back is part of our DNA at Cisco. It made a huge impression on me a few years ago, when I had a six-month assignment with our Corporate Social Responsibility (CSR) program. It became clear to me that having a positive impact on people is a core Cisco value.

That's why it was imperative for our Cisco team in Lebanon to do something for the refugees. Once we entered the camp on that icy day and began handing out the packages of clothing, we saw smiles appear on the faces of the children. They didn't care that the clothes were not a perfect fit, or that the colors of the socks were not the best. One of the children immediately put on his hoody and made a V-sign with his hand for peace. It was a very innocent gesture, and we hope that peace will prevail in the region. It was a day we will always remember. 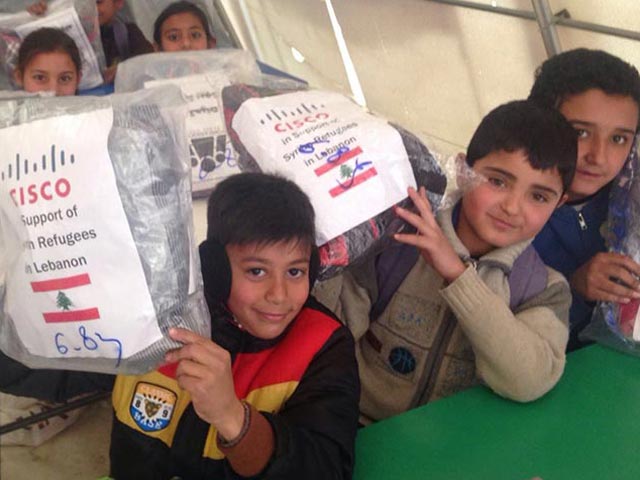 The children raising the Cisco-provided packages in their makeshift classroom. There are 1.4 million refugees in Lebanon, half of them children. 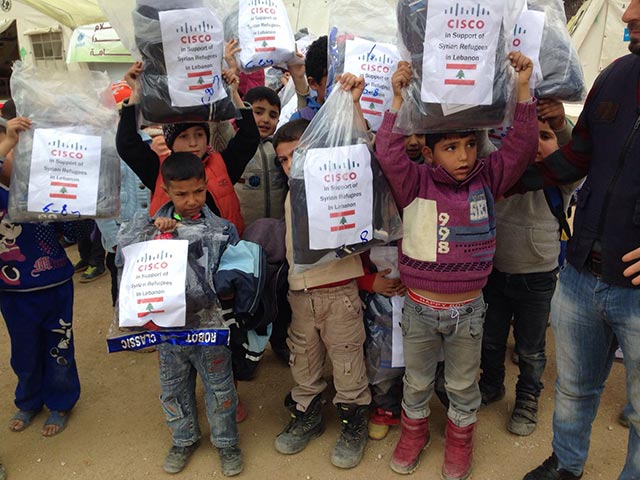 The smiles on the children’s faces were a joy to see.

I have been at Cisco for eight years. I'm currently an Investigator in the Brand Protection team. 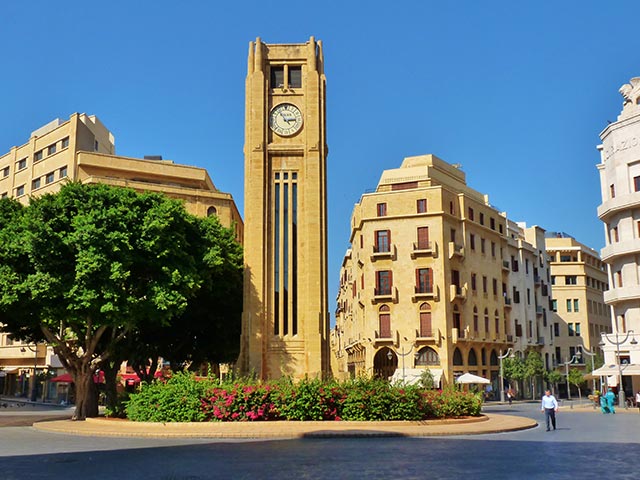 The Cisco office is located in downtown Beirut, which is only a two-hour drive to the refugee camp near the border with Syria.