Life Can Change in an Instant 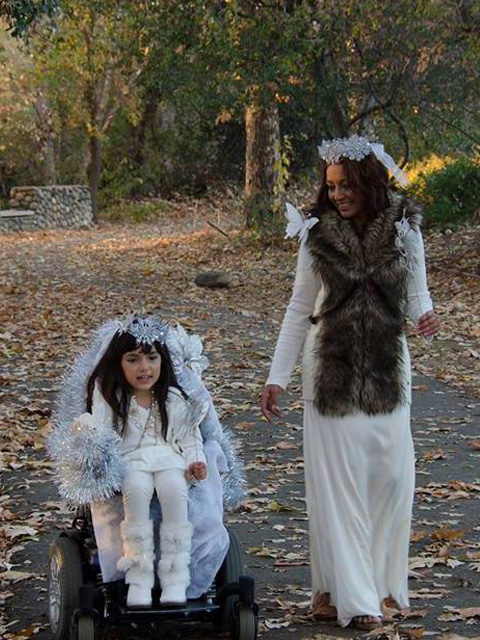 UPDATE: Malena received her first treatment of the breakthrough drug, Spinraza on May 10th, 2017 thanks to Dr. Hutchinson and the Community Regional Medical Center in Fresno who were willing to treat her. We are overjoyed to report significant progress within days of her treatment. Malena is showing gains in energy, strength, and stamina. After completing her fourth dose this July via intrathecal injection guided by fluoroscopy, Malena will continue her treatment every four months until there are more alternatives in the market. In Malena's words, "Spinraza makes my life better." The months of advocacy were definitely worth it. What we fight for, we value–we never give up.

I am a mother, a rare patient advocate, a supporter of the arts, and a project manager for technical services on the communications team and I have been with Cisco for 15 years. My passion is connecting people and ideas together to make a positive impact in the community.

Five years into my career, Cisco acquired WebEx giving employees robust benefits. Little did I know how invaluable those benefits would become in the years ahead. In fact, many of Cisco’s benefits offered to employees provided an important safety net for our family especially health insurance, health savings accounts, profit sharing and family assistance tools. Many thousands of newly diagnosed rare families are left out of government assistance programs and are forced to fend for themselves or fund raise.

Life can and often does change in an instant. That's what happened to me with the birth of my only daughter, Malena. At the age of fifteen months, I realized things weren't quite normal in her development when I discovered Malena had missed her major milestones of crawling and walking.

After seeing the neurologist and waiting two months for the results of her genetic test, Malena received a diagnosis of Spinal Muscular Atrophy (SMA). I was devastated when I learned that SMA was the number one genetic killer of children under the age of two. Individuals with SMA have difficulty performing essential functions of life, like crawling, walking, breathing, and swallowing. I asked myself, now what?

Over time, giving of one's time began to take on a deeper meaning. I find it is easier to give; I also learned to ask for help. Deciding to openly share my journey gave me the courage to fight SMA. I did not want to hide from it. 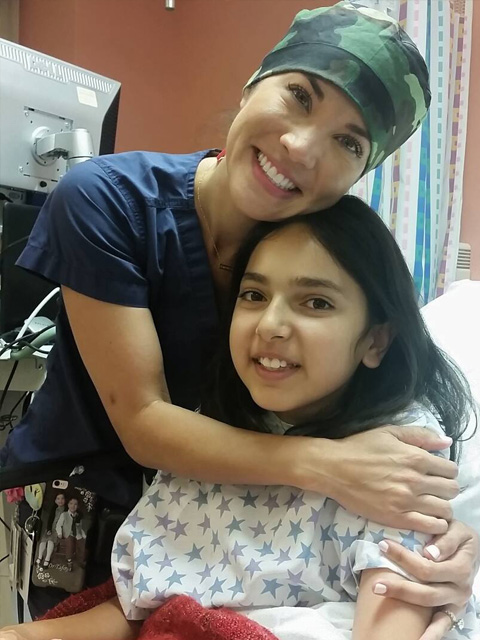 Malena before Scoliosis surgery at Shriner's

In 2008, I took a red-eye to Boston to attend my first medical conference hosted by Families of SMA (now named CureSMA), and that is when my real journey began. When I heard Kenneth Hobby, the President speak, he reminded me of Cisco's strategic leadership style. Like Cisco, CureSMA developed a long-term vision and purpose in which to lead, which helped family members navigate the unfamiliar world of clinical trials and drug development for rare orphan diseases.

I was grateful to have found them. I knew partnering with CureSMA would save my daughter's life. I was proven right. The standard of care CureSMA provided helped me navigate the difficult healthcare decisions early in my daughter’s physical development. The protocol helped Malena rank in the top 10 percent of her peers regarding her health status. SMA does not affect a person’s ability to think, learn, and build relationships with others.

Malena is a vibrant fifth grader. She loves all things fashion. Malena likes to spend time with her friends and attending Golden Empire Elementary. She enjoys acting and wants to become a Director someday. Since the age of two, Malena uses a power chair to get around. Life for Malena is busy. Her schedule includes visits to an interdisciplinary team of specialists, but she never complains.

Malena recently recovered from a left femur fracture and underwent Scoliosis surgery during the summer. Malena is cognitively brilliant but physically fragile. A simple cold can put her in the hospital if she does not follow her respiratory regime. Malena uses several pieces of respiratory equipment to keep her lungs clear, and she also makes time for weekly physical therapy to keep her muscle flexibility. Malena has become a great advocate for her health over the years. We are proud of her grace, kindness and determination to stay independent.

Through the strategic partnership with CureSMA, surprising outcomes started to develop. I decided to raise funds for the nonprofit as a way to pay it forward to the larger community. I had never fundraised before, but it was important to try. I contacted the local Parks and Recreation team, and the City of Sacramento helped me make meaningful introductions to mentors. It paid off. 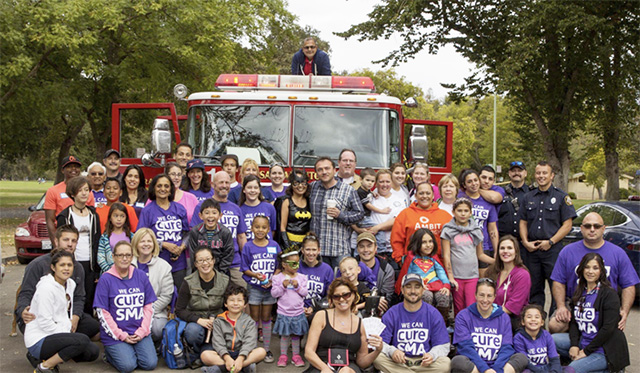 Together we raised over $10,000 for CureSMA during our first Walk-n-Roll. I realized the power of partnerships, community, and self-belief. For several years, the annual October event gave me a positive way to deal with a rare condition and acted as a point of focus during some difficult years. The positive impact the event had on the family and friends who attended was profoundly therapeutic.
I realized I had managed to raise awareness and break my preconceptions of what I could achieve as an individual. People care; give them a reason.

At present, I have had to take a break from hosting the Walk-n-Rolls to balance Malena's needs with my own. I now focus on raising awareness in strategic ways by engaging the business community, and broadening my reach by attending conferences and events hosted by CureSMA and other rare organizations like Global Genes whenever feasible. 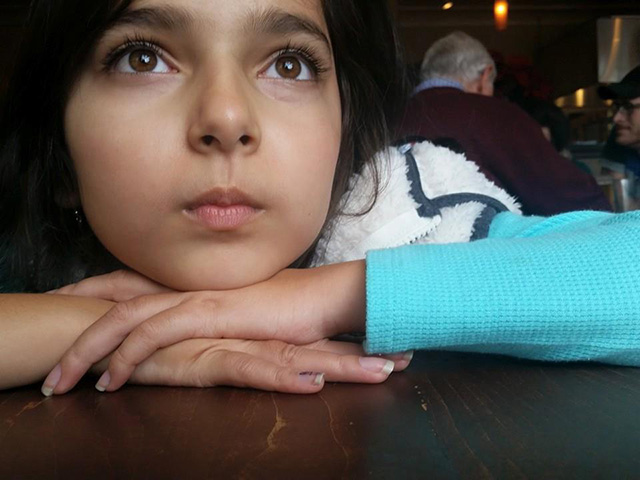 Throughout Malena’s treatment Cisco has supported me by giving me their trust, flexibility to work from home when I’ve needed to, and more importantly empowering me to take risks and continue to strive for more—in a way saying, "we believe in you because you make things happen." I am proud to work for a company who stands behind their employees and also encourages us to give back. To me, that says a lot about who they are. As I spend time volunteering, I know it is valued and that gives me the courage to never give up. It’s a great feeling to #LoveWhereYouWork.

Since writing this story, Team Malena, Team Cisco, and the local community have raised over $50,000 towards a cure. The first drug to treat Spinal Muscular Atrophy, Spinraza received approval status from the FDA on December 23, 2016. We are ecstatic! Our hope is Malena will start treatments in 2017, so she can keep the strength that she currently has and improve her quality of life. A real game changer.